Architecture, Psychology
Article
Anonymity: a subjective and anthropological perception of space in the emptiness of the contemporary city 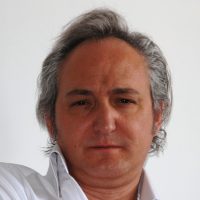 Anonymous is applied to a work or writing that does not bear the name of its author. It also refers to an author whose name is unknown. (1)

Anonymous: “… Compared to the lack of substance of the anonymous (the timid, the prudent, the “invisible,” the “integrated,” the unperceived, the discrete, the boring), a more extroverted architecture. Expressive. An architecture capable of communicating its own dynamic logic – and the tensions – which configure it (its typology) and of reacting to the exterior stimuli that so require.” (2)

Anonymity is the condition or nature of being anonymous. (3)

Anonymity. Experiences that we usually feel in large commercial areas, in airports or when passing through the outskirts of large cities. (4)

Anonymity. According to Marc Augé, spaces of anonymity are represented by non-places. Non-places are spaces of anonymity, the necessary facilities for the rapid circulation of people and goods (expressways, stations, airports, modes of transportation [automobiles, trains, planes]). Non-places are the opposite of places. If a place can be defined as a place of relational and historical identity, a space that cannot be defined either as a space of identity or as relational or historical would define a non-place. (5)

Anonymous comes from the Greek anṓnymos, without a name. (6)

In the current era of hypermodernity, the anonymous movement has arisen. Anonymity occurs in parameters that are much more evolved in relation to Jameson’s approach, in the infinity of movements that occur through them.

“There are three entrances to the Bonaventure Hotel (…). None of the entrances looks like old hotel awnings or the double doors through which the luxurious buildings of yesteryear would mark the transition from city streets to an older interior. The entrances to Bonaventure look more like side doors that were designed as service entrances (…). My first suggestion for these curious unmarked entrances is that they seem to be imposed by a type of enclosure that dominates the interior space of the entire hotel (…). Bonaventure contains the aspiration to be a total space, an entire world, a type of city in miniature (and we’ll add that this new total space corresponds to new collective practices, a new way of individuals meeting and moving, as well as the practice of a new, historically original hypercrowd). Thus, in this regard, Portman’s ideal mini-city in Bonaventure should not have entrances at all, given that the entrance is always an opening that connects the building to the rest of the city that surrounds it: the building does not want to be part of the city, but rather its equivalent or substitute which takes its place (…). This separation from the surrounding city that characterized the large monuments of the international style: in said monuments, the separation was violent, evident, and had a very marked symbolic meaning, such as Le Corbusier’s Pilotus, whose gesture radically separates the new Utopian space from the modernity of the degraded, decadent city which, in this way, it explicitly repudiates (…).” (7)

Today, separation and fracturing are disappearing as concepts that could be applied to classical cities up through postmodernism. The presence of anonymous masses in the staging of today’s architecture (and cities) is shifting – as if they were enormous large glasses by Duchamp – toward the constantly changing, the modifiable, the unstable, that are prepared to receive, in turn, changes.

Today it seems we would speak of filters, of fluidity, of an infinity of infiltrations. José Luis Pardo argues that the impenetrability of cities means that the arrival to them must not be confused with the entrance. The empty spaces of the super-modern city are not violently separated, as in the Modern Movement; nor are there openings that connect some areas with others (both buildings to external spaces or one urban empty space to another), in the meaning offered by Jameson. It seems that today the entire city can be understood to be configured as a grand opening, a large, continuous interstice, without a continuity solution, through which anonymous movements take place. There are no entrances, but there are arrivals. There are no doors, but there are continuous filters for movement.

“…Although today it may be possible to highlight the multi-cultural, multiform nature of urban areas around the world as a sign of growing heterogeneity, more solid arguments seem to favor the side of homogeneity.” (8)

“This trend seems clearest in Asian cities, the subject of several recent reports in professional publications that describe, with a mixture of surprise and admiration, the frenetic development of cities such as Seoul and Shanghai. In the entire northern hemisphere, this tide of anodyne structures is arising (…). For a long time, this phenomenon, in which nothing is linked to any place in particular, has been an economic axiom that is now beginning to take hold in architecture.” (9)

José Luis Pardo describes the replacement of the public by the private: “…’Public events,’ political occurrences such as wars or elections are served to each individual in a private space of their exclusive ownership. What Aristotle said about man, that he is a “political animal by nature,” would no longer be true of the individuals who make up our “society:” individuals do not find their place in the city, in the street, but rather inside, at home or in another “private” space that is minutely monitored and invaded by power. And what we continue to call “public space” is nothing but the disorganized throng of private spaces, of monitored interiors. If the negative criteria for delimiting the city is “what is not private or individual,” then we can barely say that cities exist, given that what is not private or individual are desolate, deserted, or inhuman spaces: refuges for social castoffs – those who lack private space – or inhospitable squares inhabited only by the hygienic wind that ventilates the sewers, when they are not battle fields. The private – the privative, exclusive – has completely devoured the city, which now never appears as a public space of exchange and communication…”. (10)

Jameson suggests new forms of displacement and movement, which are understood as dynamic trajectories:

“…I think that we should not consider these “people transporters” (according to a term from Portman himself, taken from Disney) to be simple functional apparatuses or mechanical ingenuity. We know, in any event, that the most recent architectural theory has begun to use the results obtained in other contexts for narrative analysis, and that it aims to consider our physical paths through these buildings as possible stories, as dynamic trajectories and narrative paradigms that we, their visitors, are asked to satisfy and complete with our bodies and movements. In any event, Bonaventure constitutes a dialectal improvement of this process: it could be said that the escalators and elevators from now on replace movement, but that, and above all, they self-define as the new signs and emblems that reflect movement itself (…) which is what remains in this building of the old forms of movement, and especially of walking.” (11)

The empty spaces of today’s cities of anonymity would be understood through the lens of the paradigm of movement, of displacement, and of speed, in which the old forms of mobility have been blurred. Now the interstices of the cities configure nebulae of exile and displacements, through which anonymous citizens hazardously move or circulate, criss-crossed, in turn, by informational clouds and multiple codes.

In the face of anonymity arises, with Baudrillard, the figure of thought:

“In reality, thought is a dual form; it does not correspond to an individual subject, it is distributed between the world and us: we cannot think the world because, somewhere, it’s thinking about us. Thus, it is no longer a subject thought, which imposes an order by situating itself outside of its object, holding it at a distance. It could be that this situation has never existed; undoubtedly it is nothing more than a majestic intellectual representation that has experienced a fantastic expansion.” (12) In the era of hypermodernity, the anonymous movement has arisen. Anonymity occurs in parameters that are much more evolved in relation to Jameson’s approach, in the infinity of movements that occur through them.

Speed – as suggested by Deleuze – is not identified with quickness, with trying to arrive as fast as possible to a destination, but rather with movements and with transformations. The notions of context, identity, and place lose their meaning. The way in which the citizen of anonymity approaches his relationship to the empty spaces of cities – as indicated by Augé – is transforming and becoming standard around the entire globe. This faceless, anonymous, globalized relationship is complicated by the hazardously infinite trajectories drawn on the maps of the complexity of today’s cities.

Hypermodernity proposes from here new super-places – beyond the understanding presented by Augé of spaces of anonymity and movement – that are deployed in a diverse fashion; they may be understood from social anthropology as a poetic apparatus, or as a passionate dream wrapped up with words and images. They are capable, furthermore, of generating and connecting architectures, life situations, spatial and temporal relationships, presences that were not evidenced or perceptible until now in the meaningless empty spaces of our cities.

These super-places transmute the unalterable, unmanageable multiplicity of human diversity into a single being; they convert the abstract anonymity of the empty spaces of our metropolises, where dehumanized life moves like a robot, into new and exciting areas that now seem to be unexpectedly tied together through the infinitely changeable faces of the media.