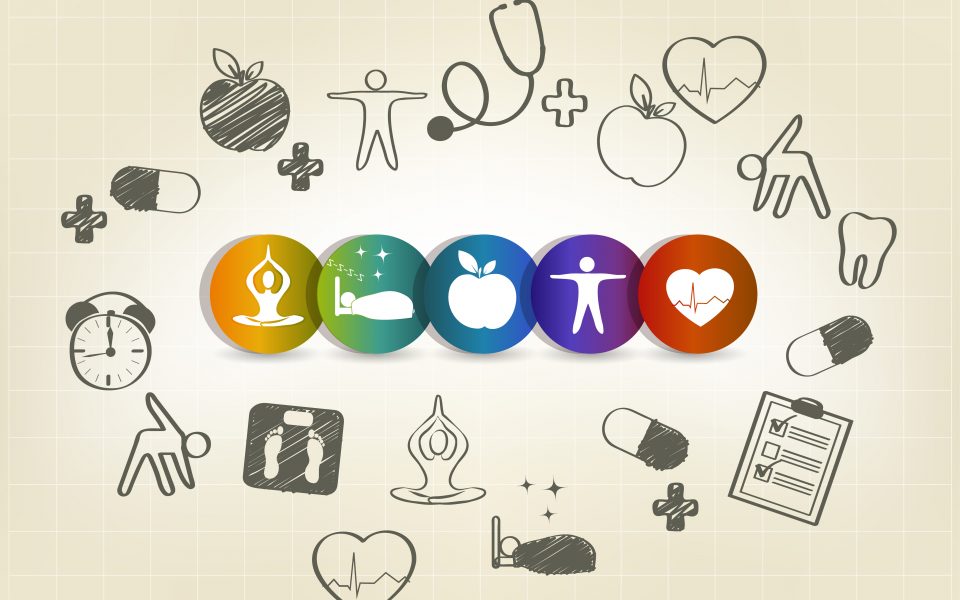 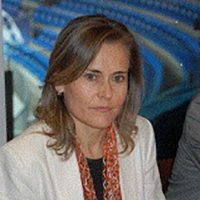 At this time, the scientific evidence is clear and recognizes physical activity and diet as two essential tools to improving health. Exercise is a useful and safe tool for preventing and treating many pathologies (Kenneth E et al 2011). In a fact sheet from 2017, the WHO recommended physical activity and generally prescribed it to keep children and adults healthy. The current guidelines state that adults should do at least 150 minutes of moderate-intensity aerobic physical activity throughout the week or do at least 75 minutes of vigorous-intensity aerobic physical activity throughout the week or an equivalent combination of moderate- and vigorous-intensity activity. This recommendation may be a valuable and practical public health formula for adults, but it is insufficient for the prevention of certain diseases, e.g., cancer, and fully ineffective for changing body composition once a patient is obese. Therefore, research must be focused on these areas and studies must be conducted on specific exercise programs for different types of diseases.

Scientific evidence on exercise being a preventive tool has been demonstrated by a plethora of epidemiological studies dating back to the 1950s. These studies confirm that subjects that exercise suffer from cardiovascular disease between 33% and 50% less frequently than their counterparts. Additionally, subjects in good shape reduce their risk for cardiovascular disease by more than 60%. The effect is partially due to the fact that exercise acts indirectly, reducing each of the traditional risk factors such as body mass index, blood sugar level, lipid profile, inflammatory profile, and blood pressure, but it also has an additional direct effect on the autonomic nervous system, vagal tone, and endothelial function. This explains that exercise has a more powerful impact on preventing cardiovascular disease than any pharmaceutical attempting to reduce any of these risk factors separately.

32 of 44 epidemiological studies show a 30-40% reduction in risk of breast cancer in women that exercise and a 40-50% decrease in risk of colon cancer. Risk of dementia is also reduced in people who exercise at least three times per week (Blair, S.N. y Morris, J.M. 2009).

Although there are fewer scientific studies on exercise as a tool for treating chronic disease, its effectiveness on over 26 chronic conditions has been observed. These include psychiatric diseases such as depression, anxiety, Parkinson’s disease, and multiple sclerosis; metabolic diseases such as obesity hyperlipidemia, metabolic syndrome, polycystic ovary syndrome, type II and type I diabetes; cardiovascular conditions such as hypertension, coronary disease, stroke, intermittent claudication; lung disease as a chronic obstructive condition, asthma, cystic fibrosis; musculoskeletal disorders such as osteoarthrosis, osteoporosis, back pain, rheumatoid arthritis, neurodegenerative diseases and cancer.

Upon considering the review published in the journal Scand J Med Sci Sport in 2006 and 2015 by Pederson and Saltin, it is clear that exercise has A-grade scientific evidence on pathogenesis, specific symptoms, and qualities as well as strength and physical fitness and quality of life in diseases such as metabolic disease, cardiovascular disease, intermittent claudation, and type II diabetes. For other diseases such as asthma and type I diabetes, A-grade scientific evidence is only available for the effect of exercise on physical fitness and strength, with symptoms and pathogenesis relegated to B- and D-grade evidence. Exercise is relegated to B-grade scientific evidence for the effect of exercise on specific symptoms, physical fitness, quality of life during cancer, and no evidence has yet been found with regard to pathogenesis of the disease (Pedersen, B.K. y Saltin, B. 2006 and 2015). Our working group has a great deal of experience with the use of exercise on chronic pediatric conditions, revealing improved quality of life and prognosis in diseases such as pediatric leukemia and cystic fibrosis (San Juan AF et al 2007, Perez M et al 2014).

Compared to pharmaceuticals, exercise is low in cost and has nearly zero side effects. The most recent studies demonstrate that every minute invested in exercising and being active has a return of 7 minutes of life, making exercise a useful tool to increase life expectancy and ensure quality of life (Pratt, M.et al. 2014).

The causal mechanisms through which exercise prevents the appearance of some chronic diseases are well-described in the bibliography, and these notably include maintaining muscle mass and bone density, which entails improved strength and function of the musculoskeletal system. Muscle tissue is also an endocrine tissue, which, when stimulated, releases anti-inflammatory cytokines with systemic effects, improving metabolism and endothelium with better organ function maintenance for organs such as the brain and the heart. Exercise also triggers the release of the BDNF (brain-derived neurotrophic factor) and other neurotransmitters associated with better cognition.

With regular and continual exercise, perfect homeostasis between oxidants and antioxidants is achieved to maintain appropriate signaling function to be able to adapt and maintain healthy tissue. Subjects that exercise have also been shown to have better maintained telomere length, which is associated with better tissue repair and longer life expectancy (Pareja-Galeano, H.; Garatachea, N. and Lucia, A. 2015). Another piece of the puzzle may be the existence of greater gastrointestinal microbiota diversity in subjects with a healthier lifestyle, which would increase immune system function (Cerdá, B et al 2016). In short, lifestyle is a very strong environmental factor that may change the activation and regulation of some genes and therefore cause epigenetic changes causing or preventing a disease (Skinner, M. K. et al 2010).

Exercise causes changes to gene expression, which trigger structural and metabolic adaptations in the musculoskeletal system. Exercise induces an expression depending on the dose of peroxisome proliferator-activated receptor gamma coactivator 1-a (PGC-1α), pyruvate dehydrogenase lipoamide kinase isozyme 4 (PDK4), and peroxisome proliferator-activated receptor delta (PPAR-δ), in addition to a marked hypomethylation in each respective promoter. Many of these biochemical indicators appear in improved mitochondrial biogenesis and the transformation of muscle tissue that will create a healthier muscle mass and improved functionality thereof (Barrès R et al, 2012). Exercise intensity is one of the most important components to setting the proper dosage. Said intensity must activate the lactic anaerobic energy system. Many exercise adaptations show interventions from lactate (Nalbandian M et al 2016).

Exercise has pleiotropic effects targeting different organs and when the right dose and amount of time is prescribed, this causes adaptations that improve the subject’s overall physical fitness, causing risk of death to decrease. (Myers J.et al 2002).

However, once the subject is sick, exercise is also a non-pharmacological intervention able to decrease the fatigue caused by the disease, improve the patient’s physical fitness, the prognosis, and the evolution of the disease, reducing the side effects of some pharmaceuticals and even the required dose of some medicines (Park, H et al 2012). The current challenge facing the medical community is promoting health and preventing disease by getting the population to adopt healthy habits and lifestyles. The world of work may be the right place to promote these measures, thus helping employees to improve their health and well-being, which will allow them to feel more committed to the company looking out for them.

Despite the abundance of scientific knowledge, physical inactivity is currently the fourth most common risk of death in the developed world. It causes 6% of deaths around the world. Spain is one of the countries most affected by this epidemic.

Inactivity increases with age and is more widespread among people who suffer from a chronic illness. Children and young people are also being affected by this behavior. This truly heralds a dismal future for their adulthoods as cardiovascular disease begins in youth and progresses over time, affected by a combination of all bad habits picked up over time. Inactivity hinders physical fitness and this is a bigger risk of death than smoking, having a high body mass index, having hypercholesterolemia, diabetes, or hypertension (Blair, S.N. 2009). The World Health Organization estimated in 2002 that physical inactivity causes a total of 1.9 million deaths worldwide, around 10%-16% of cases of breast cancer, colorectal cancer, and diabetes mellitus, and approximately 22% of cases of heart diseases.

Increased prevalence of sedentary lifestyles among the general population, and among children and young people in particular, is a significant public health problem. The results of the scientific research conclude that sitting for three hours straight causes a 33% reduction in vascular function among young people and shows that simply interrupting these periods of continued inactivity regularly protects against vascular dysfunction (McManus AM, 2015). Maintaining adequate endothelial function with exercise protects against future cardiovascular disease (Malin, S.K. et al 2016)

‎There is an urgent need for lifestyle interventions aimed at increasing levels of physical activity and fitness, not only among the general population, but also particularly among people with chronic illnesses and survivors of diseases like cancer. Companies and the world of work could become appropriate places for this training to take place with workshops.

Corporate medical services should recommend measures to improve these parameters and monitor physical activity, in addition to physical fitness and adiposity indicators at routine check-ups, and provide the information necessary for health professionals to be able to give advice on implementing effective life style interventions along with pharmacological treatment.

If we want to have a healthy adult population with good quality of life in the future, we must consider healthy lifestyle education an effective tool for getting people to exercise and follow the Mediterranean diet. With this we will curb the epidemic of inactivity and change current statistics.

The implementation of physical activity interventions in public health is therefore a medical, social, and economic objective.