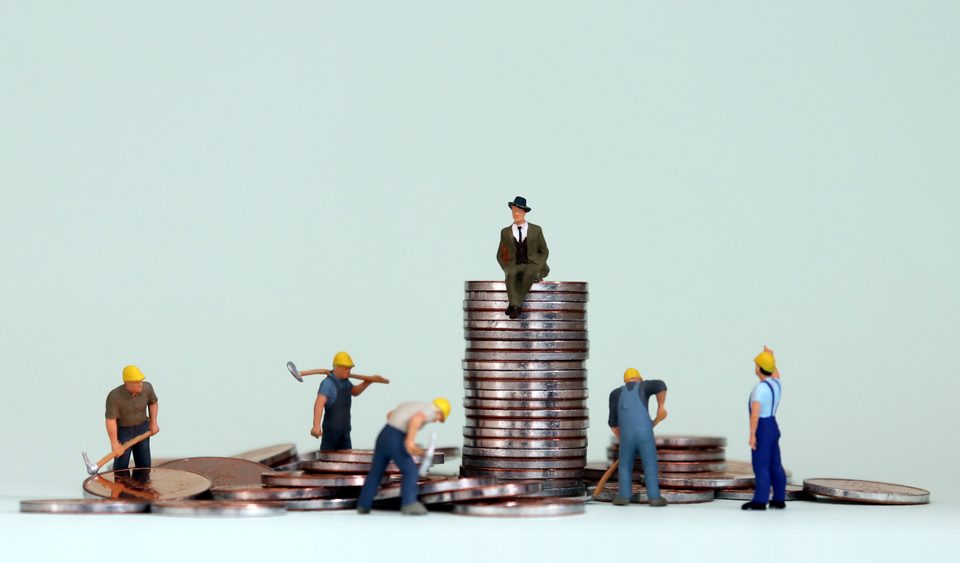 Macroeconomic data indicate that society has come out of the recession, but it has entered into a tumultuous world where many aspects are no longer the same: some societies advance toward digitalization, there are new work environments, crisis for the welfare state, and increased inequality. These are only a few of the social challenges that we must face in the coming years. Spanish society is no exception.

How does Spanish society perceive this post-crisis phase? What are Spanish people worried about and what social consequences burden this society after the crisis it experienced? According to different studies (Sociology Research Center [CIS] Barometers, 40Db:2018 survey, among others) the social snapshot of post-crisis Spain is marked by a sense of uncertainty and lack of trust among citizens about what the future holds, and a few key issues come to the fore.  The global economic situation, unemployment and job insecurity (especially among young people), and growing inequality (greater insecurity, more poverty, fewer social protections).

First of all, the sense of uncertainty is clearly associated with the economic situation. Although in 2018 consumption recovered and families had fewer debts, data indicating economic upturn and dynamism, this situation is contrasted by the perception of the majority of society, as indicated by different Sociology Research Center (CIS) barometers. If we delve into the question that analyzes Spanish people’s perception of the economic situation month over month, we can see that the majority rate the current economic situation as so-so (44.1% in September and 33.5% in October) and the perception of those who think that the situation is still bad or very bad is quite widespread (49.1% in September and 55.2% in October). Therefore, although it is somewhat less pessimistic than in previous years, the perception is not exactly positive. This corresponds to the structural unemployment situation burdening the country and families’ difficulties overcoming the crisis.

Since the economic crisis began in 2009 and until 2014, the unemployment rate in Spain did not stop growing until it reached the unsustainable figure of 30%. In 2014, signs of improvement began to be felt, and this rate fell to 24%. It is currently between 16% and 15% as of October. Despite the recovery in employment, Spain continues to have one of the highest unemployment rates in Europe, where the average is currently 8.7% (according to Eurostat data). Given this statistic, unemployment appears almost constantly in the Sociology Research Center (CIS) barometers as the leading problem facing Spanish society. Over the last few months unemployment has continued to be the biggest problem and one of the top three concerns for 59.8% of Spanish people. (CIS Barometer, October 2018). Economic concerns appear in fourth place (only surpassed by concerns about corruption, fraud, and politicians).

Another of the consequences of the crisis is job insecurity and loss of job quality, especially among young people. Unemployment is highest among young people who have the second highest unemployment rate of the EU: 37.9%. With regard to job quality, part time unemployment, high seasonality, and wage decreases and/or stagnation persist. Average wages and wages among young people are lower now than said wages in 2009, when earning €1,000/month was considered to be dreadful; it is now almost Utopian. According to the most recent study carried out by the Centro de Estudios Reina Sofía, at the end of the crisis, young people today, especially those who were around 15 in the midst of it, face a tumultuous labor market, experience a great deal of seasonality, and, despite their good educations and training, if they are gainfully employed, their salaries are lower than before the crisis.

According to data from this center, this situation has generated distrust among the younger generations as well as an acceptance of the shrinking of the welfare system. This, along with the perceived difficulty of finding a steady job is driving young people to study again. Specifically, the above-mentioned study confirms that over half of young people (53%) believe that the crisis entails an obligation to study and prepare more for the future, and that instability and uncertainty seem to have created more proactive positions that bring them to believe more in personal efforts (as a result of the waning power to act they grant to the state).

This will to get an education for the future (remember that before the crisis many young people dropped out given how easy it was to find jobs in low-skill sectors) is one of the positive social consequences of the crisis.

Finally, another of the social consequences that citizens clearly feel is the growth of inequality and poverty.  91% of respondents to the above-mentioned survey (Db4: 2018) believe that the crisis has entailed greater sacrifices for the people who have the least.  73% believe that, after the crisis, Spain is more impoverished and 67% believe that there is more social inequality. These perceptions are backed by objective data. With regard to the growth of poverty, although the report on the State of Poverty and Exclusion in Spain 2018-2017, prepared by the EAPN based on National Statistics Institute data, shows a decrease in the AROPE rate (European Union indicator to measure people at risk of poverty and/or exclusion) for the third year in a row to 26.6%, it has still not gotten back to the 23.5% of 2008. In addition, in absolute terms, the risk of poverty and/or social exclusion affects 12,338,187 people. Other data from this report confirm the precarious situation described above, as, according to the data, 14.1% of working people are at risk of poverty, confirming that having a job does not guarantee one will be lifted out of poverty. Once again young people between 16 and 29 are the most affected group, however, the risk continues to be “extraordinarily high” among people under 16, reaching 31%. Faced with this scenario, families continue to play a central role in taking on the crisis, although the majority of them have economic difficulties and lower purchasing power. Some homes weakened by the crisis may potentially be at specific risk of poverty and/or social exclusion within five years.

These consequences of the crisis, the negative assessment of the policies practiced during that period, and the political corruption experienced in the last few years have increased citizen disaffection for institutions (banks, political parties, the government, and even the judicial branch). The gap between society and the government seems to be widening. As indicated by Zygmunt Bayman and Carlo Bordoni (2014), the government is perceived as “weak” and “unable to take on the challenges of the common good.”

To counter this situation of a distanced government and institutions, civil society is more engaged in social matters, more committed, and shows more solidarity. In fact, 43.4% of respondents think that the crisis has made citizens more socially active and 40.8% believe that society shows more solidarity. The trend toward new forms of social activism and greater community engagement will continue, mainly among young people who are increasingly aware of issues like feminism, sustainability, and the sharing economy.

To conclude, we cannot forget that all economic crises entail a change in values, a social upheaval that is not without radical positions. In response to the social problems indicated above, the only response from the government can be the application of active and appropriate public policies that ensure the continuity of the welfare state and involvement from all social actors in the sustainability and improvement of our society so that the answer to the question raised at the beginning of this article on whether future generations will be better off is yes. For now, though, that answer has not yet been created.