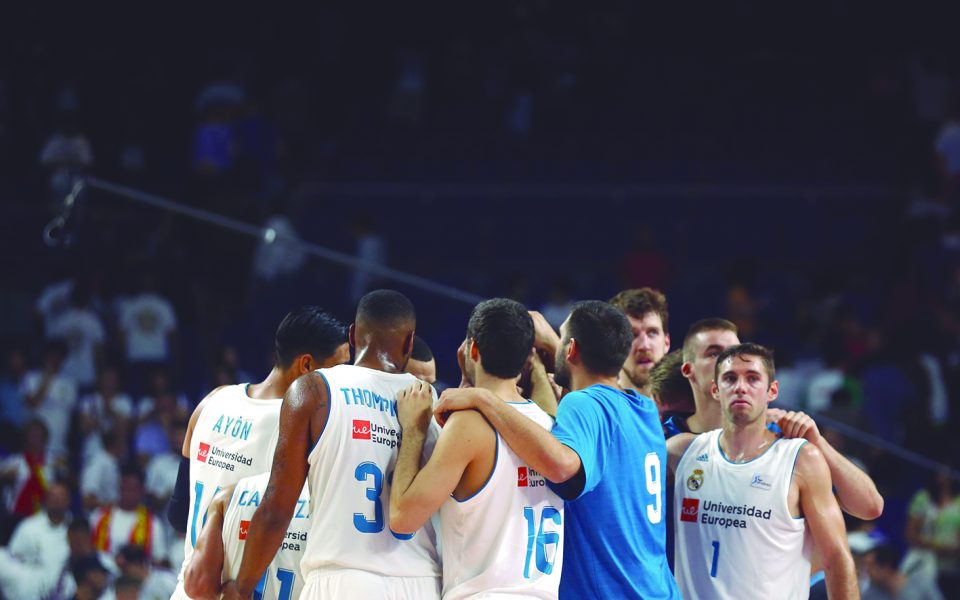 On the shirts but also in the stands, on the podiums or on bathing suits. Many cubs
or sporting events exhibit with pride a special insignia. And there are brands in
accordance with each sporting philosophy, distinguishing marks that are visible for
the thousands of people who attend these events, names that intermingle with the
public’s perception like a good marriage of food and wine. Sports sponsorship is one
of the most common ways of advertising, and it’s a win-win-formula: everyone comes
out ahead. Behind this economic contract there’s a strategy to share values,
emotional ties and a common future.
Of course there’s some science to all this. “Sports sponsorship consists of the
support, mainly economic, that a company gives to a sporting “asset” –a player,
trainer, team, venue, event or championship– with the aim of reaping a benefit,” says
Álvaro Fernández Luna. “Its return can be via the achievement of strategic objectives
like positioning, brand identity or values or from media exposure that’s the equivalent
of advertising,” adds Luna, who directs the master’s degree program in Sports
Marketing at the Escuela Universitaria Real Madrid-Universidad Europea.
An example of that round trip: the very noticeable way the name of Spain’s
professional football league has changed in recent years depending on its sponsor.
Until this season the BBVA bank gave its name to this competition. But then
–following “some lightening negotiations,” according to those involved– it turned over
this position to Banco Santander. Sharing such values as “the maximum output and

the spirit of improvement” of “the best league in the world,” the bank created a two-
way agreement: it gained more attention and international reach, and La Liga got
more financing of the kind it already received from different sectors, such as Mazda
automobiles, the Danone dairy company, the Allianz insurance firm and Mahou
beers.
In this sense, the world leader is the Red Bull soft drinks company. As a “world
example” of sports advertising –in the words of investment fund manager Marc
Garrigasait– the firm’s image is associated with “spectacular, high-risk sporting
events” so as to “associate the brand with youth and energy.” The climax of this was
the 2012 descent of a man from the stratosphere at a speed faster than sound
travels. “Red Bull has made it possible that if we see someone engaging in a high-
risk sport, we immediately associate this with the brand,” writes Luna in ‘El abrazo
del koala’, his daily forum the El Confidencial digital newspaper.
Last September, Universidad Europea also began this practice, with the Real Madrid
basketball team. Beyond the advertising aspect, they both promote “sport and its
relation with management, health, physical activity, communication and leisure.”
“Since the year 2006, Universidad Europea and Real Madrid have maintained a
relationship based on loyalty and some shared values that have allowed us to
convert the university school into a model of success and prestige,” said Florentino
Pérez, president of the club, during the presentation of the agreement. In the words
of Conrado Briceño, director general of Universidad Europea, “Universidad Europea
and Real Madrid share a vision that stresses the human factor and the belief that
their alliance gives form to these values, which are decisive for a better society.”
Miguel Zarzuelo, vice-president for marketing of Universidad Europea, put it this
way: “This is the union of two organizations that today are both contributing such
values as effort, ambition and the will to win. And also internationalism: this is the
most international club in the world and we are a university with a marked character
and a clear international vocation.”
According to Fernández Luna, the difference between these sporting agreements
and others is that “sports has more values with which organizations and brands can
identify. And there’s also the enormous media impact of certain events or athletes.”
A quick quiz: Is there anyone who doesn’t know the name that accompanies the
Spanish football league? What’s the airline that appears on the jerseys of the Paris
Saint Germain team? What ‘energy drink’ organizes a competition for homemade
soapbox vehicles or a high-altitude jump where the jumper exceeds the speed of
sound? It’s clear that that these companies make a much greater impression through
having these dance partners. In Spain, for example, a 2009 ranking of sports
sponsorship brand awareness by the international IMG firm shows that Coca-Cola,
the aforementioned Santander, and Repsol were the companies most named by

those people who were surveyed, and it was thanks to the firms’ presence in the
worlds of football or motor racing.
This expert, who has also been a swimming coach, goes on: “This is always a win-
win situation: both parties get more exposure and their values are promoted beyond
any economic operation. But in this sense there’s an effect on reputation, both
positive or negative, should there be a crisis, for example if a player misuses social
media.”

Is this the case in all disciplines? “In any professional sport it’s necessary, but in light
of the fact that today the sporting organizations are managed as if they were
entertainment companies, they are very efficient when it comes to finding sponsors,”
he adds. “There are cases where teams have disappeared when they weren’t able to
find a sponsor, and maybe the best example is in Formula 1 or Moto GP, where the
teams depend almost 100% on their main sponsor. On an individual level it’s more
complicated, because the athletes often depend on just the salary that their club
pays them, or on a sports scholarship or their federation. And we all know of cases
where a top athlete has had to pay his own way to travel to an international event.”
His colleague Marisa Sáenz mentions different current trends in this kind of
sponsorship. For example, when “a brand gets closer to its public through sport” it’s
called sports sponsorship, and it tends to involve emotional components. Sáenz,
who is director of the Alfredo Di Stéfano University MBA in Sporting Management,
which is taught in the school created by Universidad Europea and Real Madrid,
points out that in itself this is not enough: “Many brands compete simultaneously for
the attention and affection of the spectators.”
“If the brand wants to be there event after event, it will become part of the landscape
and may go unnoticed,” she observes. “It’s essential that the sponsorship be active,
and that there be a ‘story’ to tell that will grab the target public.” It’s necessary to
differentiate between the image rights, when a particular athlete is sponsored, and
the naming rights, when a venue is sponsored (such as the Wanda Metropolitano
stadium of Atlético de Madrid). Fernández Luna, for his part, argues that sports
sponsorship tends to be favorable in any discipline and that “the companies should
understand the potential benefits in supporting sport in all its forms, not just from the
point of view of immediate economic benefits but also from a social point of view.”