Sport and Quality of Life
Article
Climate change in the Mediterranean 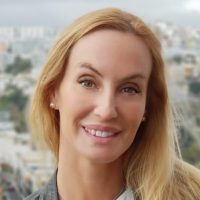 In recent years, we citizens have become more aware of the numerous environmental changes taking place around us. However, we will begin to notice these changes, which initially seemed to affect other parts of the world to a greater extent, more specifically in our Mediterranean basin. The recent report presented on October 10 at the meeting of the Union for the Mediterranean (UfM) held in Barcelona and carried out by the group of scientists belonging to the MedECC network (Mediterranean Experts on Climate and Environmental), states that this region is warming up 20% faster than the global average. If the necessary corrective measures are not implemented, temperatures are expected to rise by 2.2 degrees in 2040 and the sea level by one meter by 2100, affecting one third of the area’s resident population. In addition, it is predicted that in just two decades, 250 million people will suffer water poverty due to droughts.
The poorly encouraging conclusions of this first report are based on numerous scientific studies which, since 2015, have been analyzing and investigating the main risks associated with climate change. All of them bring together results to show a bleak vision of the future of the situation in this region. And they share the common goal of urgently seeking an effective implementation policy that will help mitigate the following effects that will occur:
Water, soil and food: In our country, more than 80% of the Pyrenean glaciers have already been lost, and by 2050, they could disappear irreversibly. For every degree the sea temperature increases, the size of fish is reduced by 20% to 30%, and so by 2050 the average body weight of fish would be reduced by 49%. The increase in sea level will lead to flood damage and mean that farming areas close to the sea will not be able to be used due to soil salinity. There will also be more significant and long-lasting heat waves, which may lead to forest fires as well as frequent periods of drought. Precipitation during summer months will fall by 10-30%, reducing the availability of freshwater reserves, the consequences of which will fall back on agriculture and livestock.
Loss of biodiversity: The consequences of the impacts will not only affect human beings and their livelihoods, but many of the ecosystems will also be threatened by climate change, pollution, overexploitation and land desertification. Examples include the acidification of seawater caused by the absorption of CO2 from human emissions, and the consequent rise in temperature that is causing some predatory species, also including marine mammals, to disappear. There will be more and more frequent plagues of jellyfish on our coasts or the appearance of new invasive marine or terrestrial species (of animals and/or plants) that will displace the native ones. There are also some tick and tiger mosquito species (such as the Aedes albopictus and the Aedes aegypti), which, although endemic to tropical areas, are already habitual in our hot summers.
Impacts on health and food security: With regard to health, it is expected that there will be an increase in illnesses and heat-related deaths in the most vulnerable population. The deterioration of air quality together with water pollution and the lack of fertility in crops will lead to a higher incidence of respiratory diseases, allergies and cardiovascular diseases. The presence of arthropod vectors such as mosquitoes and ticks will lead to the inoculation of diseases such as dengue, zika, chikungunya, West Nile virus, Lyme disease, leishmaniasis, etc., among other pathologies.
The conclusions we reached are clear and evident. Spain is a country vulnerable to climate change. Resolving this requires urgent and forceful action not only by political leaders, but also by each of us, who, through small daily gestures, can help to improve and care for our future and that of the new generations. Becoming aware of the problem is only the first step. Our attitude and the resulting consequences are what will change the course of events.