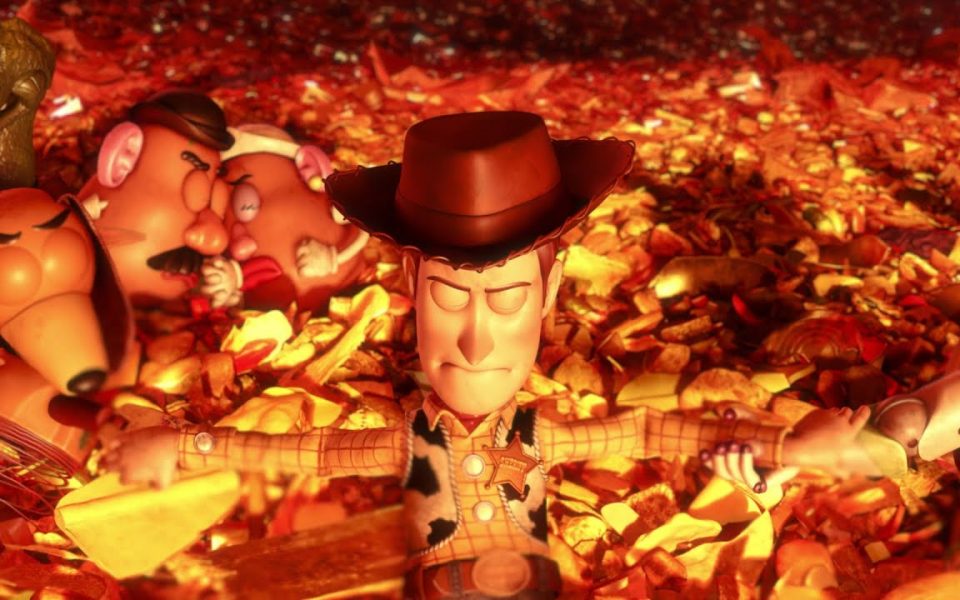 Psychology
Article
‘The moment of truth’: How Toy Story 3 can show us how best to cope with the coronavirus 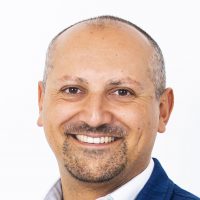 “Buzz, what shall we do now?”
As Jessie says these words, she looks anxiously into Buzz Lightyear’s eyes…there is a pause as he looks down into the scrap metal pieces on which they are sitting as they slowly surf towards imminent doom which is the furnace below them. He takes her hand gently, says nothing and pulls a resilient face which then prompts Jessie to make an instant yet deep reflection and she starts to see the other toys around her frantically try to avoid the impending doom they face as they continue to sink into the abyss of fire. Remember this is supposed to be a children’s film. Jessie reaches over to Bullseye, the horse, and holds his/her/it’s hoof. There are then sudden and similar evaluations among the Toy Story cast for Slinky the dog puts paw to the trotter of Etsy before Trixie the dinosaur reaches over with his/her/it’s claw. Mr and Mrs Potato Head equally realise and hold Trixie’s claw. Woody, still clambering up the metal pieces below them in the futile chase to save his own life, turns his head and looks at them. At first, he clearly can’t see why everyone else has stopped trying to save themselves and in a moment of confusion, he hesitates to respond…until Buzz reaches out to offer his hand to Woody. It is the ‘moment of truth’ because Woody realises resistance is futile and he takes Buzz’s hand: the symbolic moment being when there is a collective acceptance of the gravity of the situation.

Obviously in the fictional children’s film, the heroes are saved from the impending doom by the Aliens who come from nowhere and there is a happy ending. No doubt we are now all hoping for this happy ending too, perhaps mistakenly thinking that we are in a film. After all, what is happening sounds and feels like a film. The 1995 film Outbreak was about the devastation of an infectious virus as is the more recent Contagion (2011) but how real is the film? In a world of fake news, how false is the real? How real is the threat? In a world where we now hibernate in our homes under State law, how can we know for sure what is actually going on?

The routine of a life far away from the essence of life itself. We were caught up in a consumer bubble, working only to spend and provide for our children all the things they could want. We aspired to want what was in the shops and looked for moments where were could indulge, where we could steal a moment for ourselves or get something we had dreamt of. This is how we ‘enjoyed’ our lives, this was how we spent our time up until a few weeks ago. Suddenly, however, we have seen the fast-paced almost invincible world which loved so dearly economic expansion and profit, grind almost immediately to a standstill. Having learnt nothing from 2008, the markets plumeted. All the news coverage related to Brexit started to dissipate. There was a new ‘threat’ supposedly coming to Europe. It would suddenly hit us they told us but we were too busy enjoying our liberal freedoms to worry about it.

It seemed fairly distant and insignificant when it was in China, and even when it spread to South Korea, Japan, no one was taking this threat – to which we know little of – seriously. Those countries battled hard to control and contain it while our media reporting was flippant with it and we continued in our little personal worlds of Iphone apps. Any mention of it was quickly glossed over as the media covered other things which were happening and even speculating about those very things and new other things which could happen even if the original other things didn’t or couldn’t happen but might happen at some point even if it was almost impossible they could happen. This is because the way information is brought to us is incessant and reporting of that very information cares little about depth or accuracy for there is a business attached to capturing audiences. It makes good business sense for a media enterprise to report on something new or controversial or even untrue just to get our attention.

Nowadays news ‘trends’ meaning that dumb stories about men ‘with small bollocks being better fathers’ can become widely circulated. “American president made secret porno with female over 50s golf club members.” “Skunk and its family found alive in a coconut after forest fire in Australia.” You wouldn’t know which was real, would you? Then there is the ultimate distraction: social media. A virtual space where we can upload live updates about our lives and wait for the online community to send in their appreciation. This is where we now devote most of our time: to escape the bore of the busyness or find the bore in the busyness.

Social media keeps us safe in a personal cocoon: it closes us off to the outside world, it makes the stuff going on feel distant. A virus in China? Bah, come on, that doesn’t affect me or people in my Instagram network (I think). What’s that link? Iran, how did they get it? Oh well. Some update about a coronavirus case in Italy? Bah, no matter, its still a long way and I am off out for drinks. Spain registers its first case? Yeah but its not serious is it, I mean people don’t really die. Now its in the UK? Yeah but it won’t come near here, where I am…or will it? I mean if it was a problem, the media would alert us to it; the governments would say, wouldn’t they?

Only it looks like both parties realised a little to late. Sadly, we rely on the media and the bitesize media stories: complex social reality is condensed into a dumbed-down, warped and twisted story. And, up until a few weeks ago, in the small moments we had in our day, on websites and mobile phone screens, this was how we tried to get a sense of what goes on in the world. How on earth did we know it was real? And now we are all at home, on websites and on mobile phone screens, almost no contact with the really physical world, how do we know what’s going on?

In a western culture dominated by advertising and mass media, we are relentlessly influenced to discard collective identities and exclusively pursue individuality through the symbols presented to us by the world of consumption. This inevitably leaves our ‘individuality’ anxious, incomplete, and, ultimately, a myth that reflects our growing distance from reality and our submersion in a commodified hyper-reality that has disrupted and displaced all collective forms and mutual interests. We have stepped outside history. These comprehensive changes to everyday social experience play a significant role in the gradual transformation of human subjectivity into one that prefers the surrogate and hyperreal world of consumer goods over a confrontation with what is really and actually happening in society. What I am saying is that the role of consumerism in our lives prevent us from overcoming our primal fears about grave problems in the world and our own mortality. Therefore, this intensifies rather than transcends the emotional need for a coherent order of symbols, which can be met temporarily by Instagram and Netflix…but when that mask slips, reality’s traumas multiply and bite hard.
Now people talk only coronavirus, social media shares are all coronavirus, the coronavirus statistics are furiously followed. With reason, in the history of the whole wide world, never has a social threat received so much coverage. It is beyond incessant, far beyond unrelenting. The fear we create becomes the fear we live by. The fear we live by becomes the anxiety inside us. In our vulnerability, and in the oversaturated information streams that feed our anxiety, we react to this strange new illness that could either do almost nothing to us or kill us in a couple of days. The blatant flaunts of the health advice, the continued communal gatherings and social activities as much as the panic buying, the mass toilet roll purchases, the supermarket queues highlight a fragile society full of selfish individuals whose only interest is their own personal survival.

And this is the fracture which may be our total undoing. Now is a good time to take a look in the mirror, realise what matters. Could this be the jolt the social order needs to find a more collective moral pathway forward or is it a temporary glitch in this system of plastic entertainment? As I said, this is like the part in Toy Story 3 where we are all bundled into the furnace with the other disposable pieces of metal. At the moment, just like the toys, we fight the inevitable, we cannot face it. Unsurprisingly because it is alien to us. It is a shock to our soul and inner core. We scramble up, stumbling and sinking, until we realise it is futile. Will we find this ‘moment of truth’? Or is it really that important to buy all the toilet roll when you see it? Will we accept what is happening and prepare ourselves for it? Or will we panic and invest in random masks and gloves or varying quality, both of which are scientifically unproven against the contraction of the virus? How can society change in the face of this furnace? Or will it continue to bow and kneel before the media scaremongering? Can we pull together, can the social system change? Or will we remain paranoid every time we go out thinking that everything we touch could have been infected by a random stranger who has the virus? Rest assured, there are no aliens above us who will come to our rescue.