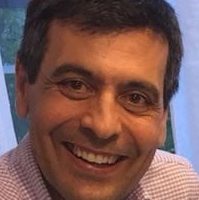 The first digital generation has already arrived in classrooms. This is the generation that was born around the time the dot-com bubble burst. In other words, those of us who are older are starting to become aware of disillusionments associated with that entire era.

If back then, starting in 2005, we believed that new technology would be a disruptive element that would create the utopias of our dreams (more freedom, more justice, checks on power, distribution of wealth, general access to information, etc.), by 2015, we knew that the centralization of data and the benefits of transnationality were only going to benefit the few. Very few. And always at the expense of our rights and quality of life.

There are dozens of essays and books that discuss this disenchantment, but I would like to focus on two of them that discuss education and universities, and only obliquely technology. American authors Cathy Davidson and Andrea Gabor discuss the changes educational institutions have undergone in two books. Both authors are optimistic, despite it all, and highlight positive experiences in their texts, however, through different means they do severely question the use of technology to digitalize education.

After 2005, the technification of education was quite intense, but, as with other aspects of society, it lacked a calm discussion of its real contribution to the quality of learning and the student experience. As John Bury said, the aura of progress was sufficient to assume that incorporating all things digital into any context was good.

In fact, as Davidson and Gabor indicate, this rush to digitalization did not come from the educational community, but rather its higher-ups, because it allowed them to cut costs (and earn the corresponding bonuses). The result was that education became an industrial process, although paradoxically its value lies in the fact that it is an artisan process, unique and personal.

The industrial view was best reflected by the significant increase in online education. However, this type of education not understood as a progression of distance learning, but rather as the standardization of the educational process. Nonetheless, good distance education entails costs that leave little for campus-based education to envy. Therefore, starting in 2016, we can discuss another tech bubble bursting, this time associated with technology-based education, from which only institutions who did not digitalize seem to have been spared. It seems clear: the question is not whether learning should be done at a distance or on a campus, but whether it is good or bad.

What makes a learning process good and valuable? The same thing as hundreds of years ago, the above-mentioned authors claim: well-trained, highly skilled, up-to-date, and curious teachers focused on their students along with learners who take responsibility for their learning process. The authors stress that both of these ingredients cause the disruption to come not from technology, but from the magic of a good class (those of us fortunate enough to experience them at Universidad Europea understand this well).

Beyond the bubbles, according to authors such as Eric Sadin, this is the common conclusion in different environments: we increasingly appreciate face to face interaction. Perhaps, after all, the great utopia was appreciating what we had.