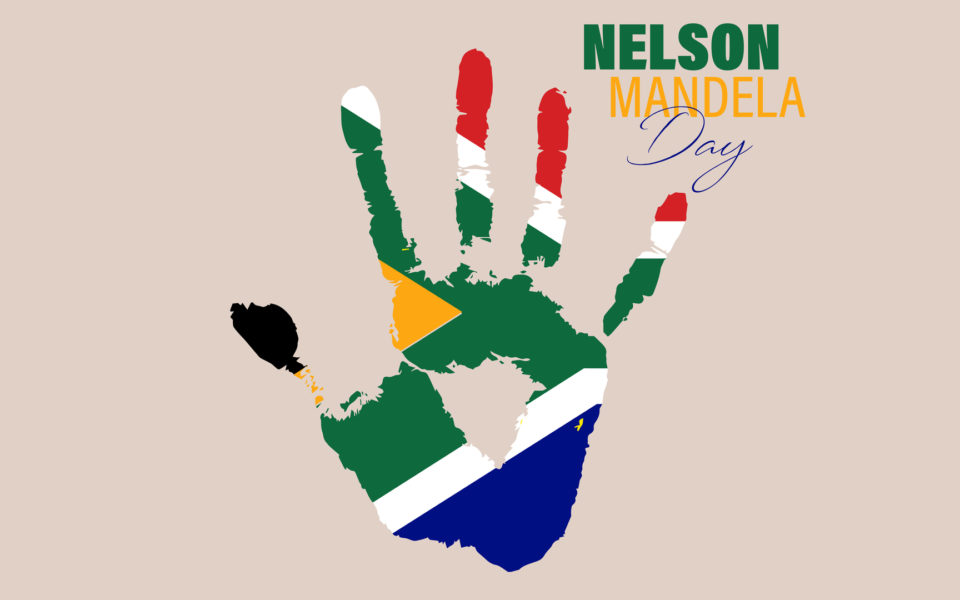 On July 18 we celebrated Nelson Mandela International Day, an anniversary that has been recognized since 2010 thanks to U.N. resolution 64/13 from the prior year. Additionally, in 2020 the commemoration coincided with the thirtieth anniversary of Madiba’s (one of the six names he was known by) release from prison. He had been jailed for 26 years on accusations of conspiracy and sabotage against his country’s government, the last five of which he spent in isolation.

Nelson Mandela’s importance transcends the South African border and touches the whole of society, because he, like Gandhi in India or Luther King in the United States, made the fight against injustice and social inequality his way of life. He was born in 1918 in a country colonized first by the Dutch and then the British, only to return to Dutch control until its independence in 1961. He suffered in first person the paradox of the Black South African population which, despite being a majority, was subjected to strict racial segregation laws imposed by the Afrikaners, i.e., the former white colonists, who now governed independent South Africa.

The disadvantageous position from which he and the Black population had to fight never dissuaded him from standing firm on his position in the struggle at the head of the African National Congress (ANC), founded in 1912. The mounting violence carried out by the authorities and security forces was demonstrated in the Sharpeville Massacre in March of 1961, when demonstrators protesting against the government’s new discriminatory initiatives faced police violence that left 29 dead and more than 100 injured, according to official figures. These events convinced Mandela of the need to respond to violence with violence.

Moved by this sentiment, he inspired and encouraged the creation of MK (Spear of the Nation), the armed wing of the ANC, whose militants educated themselves on Marxist-Leninist literature and received military training in Mao’s China. Meanwhile, the capitalist block of that bipolar movement grew concerned about the phantom communist threat that seemed to loom over the world. Arrested in 1962, the following year, his main collaborators – including the recently deceased Andrew Mlangeni (2020) – were arrested and, together with Mandela, stood trial in the Rivonia Trial, which handed down a life sentence for all of them.

The tensions experienced in the South African context in those years were not unrelated to the context of the Cold War. In fact, the Sharpeville Massacre and the Rivonia trials took place just a few years after the triumph of the Cuban Revolution (1959), and in parallel with the catharsis released in the international context after the construction of the Berlin Wall in 1961 and the Missile Crisis of the following year. At the same time, northern Africa consolidated its process of decolonization after the dramatic independence of Algeria (1962). Given the context, it’s not surprising that China and the Soviet Union took an interest in events in South Africa, viewing the Black cause as a bargaining chip in their favor in the fight against the Western block; and that the United States, on the other hand, was the main party interested in painting the apartheid regime as a wall to contain the advance of communism in the developing world.

Nelson Mandela and his collaborators served their sentence, first at the Robben Island prison, and from 1982 on in Pollsmoor, a maximum security prison in Cape Town. Over those two decades, he never abandoned his political activism. In a strange paradox, he even ended up becoming a much more uncomfortable element for the government from prison than he had been free, given that his captivity was the perfect sounding board for a voice that increasingly moved more consciences. Despite the long periods he spent in isolation and attempts to undermine his strength, the South African government lost international backing, once again in light of global events: in the Soviet Union, Mikhail Gorbachev became president in 1985, and one year later, he began the slow process of dismantling the communist system from within, thanks to two perfectly combined tools: perestroika and glasnost.

South Africa lost its status as the anti-communist standard bearer on the African continent, at the same time that its prestige had suffered a difficult setback a decade earlier, when the Carnation Revolution (1974) wiped out the Salazar regime in one fell swoop, as well as the last Western colonial vestiges in Africa: Mozambique (1974) and Angola (1975). The Conversations between Nelson Mandela and President Frederik de Klerk, held in secret, made it possible for South Africa to slowly reorganize into something different: first, thanks to the liberation of many of the prisoners from the Rivonia Trial (1989), with the fall of the Berlin Wall as a backdrop, to later the release of Madiba himself (1990), and the elections of 1993. Thus the apartheid regime met its definitive end, as the ANC claimed a victory which handed the presidency to the patient leader of the Black struggle in South Africa.

At the writing of these lines, 26 years have passed since that historic moment, and power is still held by the ANC after their victory in 2018, which allowed Cyril Ramaphosa to claim the presidency. Perhaps the ANC’s prevalence in South African political life is not the most pressing issue right now, two months after the murder of George Floyd in the United States and the beginning of the protests led by the Black Lives Matter movement. Certainly what is important is to remain aware of is the need to fight for equal rights for all people, regardless of their religion, identity, or origin, because it is vital that the legacy of giants such as Nelson Mandela, Andrew Mlangeni, Mahatma Gandhi, and Martin Luther King Jr. is never forgotten.