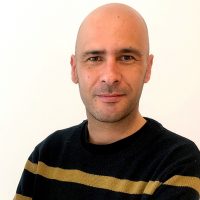 The 64th edition of the Eurovision Song Contest was held last May. It is an even that is growing in number of followers both in Europe and globally in a way that it hasn’t in many years. The festival is created and promoted by the EBU (European Broadcasting Union), which represents the leading public media outlets in Europe. In fact, the “Big Five” are the countries with the strongest public radio and television networks in Europe (RTVE, RAI, ZDF and ARD, France TV and, of course the BBC), which, in turn, pay for a large part of the cost of the event, along with the host country. The power of the organizing institution isn’t enough to explain the event’s new golden age, as it is growing in number of TV viewers each year, reaching over 200 million globally.

This event is also once again viewed as a quality contest, which it had lost to a certain extent years ago, attracting an audience that had disconnected from Eurovision decades ago. The contest is a festival of continental music, but also a point of connection for all Europeans; there is no distinction of race, ethnicity, country gender, age or sexual orientation.

Eurovision shares the principles and foundations that built the European Union, and each year it is a televised reminder of what it was meant to be, where fraternity and comradery among the member nations and their representatives goes beyond winning the gala or not (never losing). It is also a showcase and unbeatable advertising both for the host country and for showing the most cutting-edge technology, as well, of course, as the international launch of the artistic careers of some singers and composers. A cocktail is mixed with all the ingredients to give the contest the importance it has. The Eurovision phenomenon has reached Spain as well, and despite finishing poorly in most editions, the number of viewers and followers in other windows has not stopped growing.

This mediatic success of the Eurovision Song Contest, not only on TV (as the television is just one of the windows to the gala) is due to a number of factors, some already mentioned, which are entirely independent of winning or the position of the different representatives. Most of the reasons behind this golden age for the event are due to the following issues:

The relationship between social media and the different apps are a link for the new generations, from millennials to tactiles, turning viewers into “prosumers” (Toffler, 1980), generating in turn unprecedented loyalty to this festival. And, in turn, it has managed to de-politicize some of the typical voting that used to occur, so anyone can win, making it an attractive factor for new viewers.