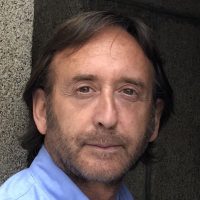 In February 2004, the group of friends at Harvard couldn’t have imagined (or could they?) when they announced the creation of Facebook that it would grow to have revenues of more than 45 billion euros and over 2.3 billion users around the world. These data and figures have been achieved in only 15 years. Nevertheless, they shouldn’t serve to blind Mark Zuckerberg, but rather remind him that before Facebook there was Myspace, and look where that is now.

Although social media reached the lives of early adopters 15 years ago and reached the masses later on (in Spain Facebook saw its greatest levels of growth from 2010 on), we shouldn’t forget that theories about the bases of social networks and analyses of them arose in the 1950s and the networks have, therefore, been the subject of study for quite some time by a number of researchers.

I’m providing this introduction because if Facebook has changed quite a bit since its birth, then its origin and the bases that made it grow so quickly and allowed it to become so popular shouldn’t be left out. These are aspects that do seem to be beginning to be forgotten.

When we talk about Facebook we should consider two clearly separate spheres:

-The first sphere considers Facebook as a company and corporation that includes the social network itself, Instagram (a network it bought in April 2012 for 1 billion dollars), and WhatsApp (acquired in October 2016 for almost 22 billion dollars). This sphere offers impressive data.

-The second sphere is where we refer to the social network itself. This is the sphere where the company should carry out an in-depth analysis and reflect on its objectives and future in both the short and medium/long term.

In the first sphere, talking about Facebook means talking about a giant and a company that has known how to evolve, grow, and diversify appropriately, taking advantage of market opportunities and conveniently placing itself in the different niches and segments of the population. The purchase of Instagram and its positioning in instant messaging with the subsequent acquisition of WhatsApp attest to this excellent strategy. As stated above, the company boasts over 2.3 billion open accounts around the world, almost 1.5 billion of those accounts held by active users, more than 22 billion in profits in 2018, and a rising stock price. All of this is despite the scandals it has faced in the last year, namely the Cambridge Analytica scandal regarding its users’ data.

In this sphere, Instagram has more than 1 billion active users around the world; WhatsApp more than 1.5 billion; and Facebook 2 billion, in addition to the positioning for all age ranges (WhatsApp) and tastes, with the possibility of reaching all users segmenting by both age and interest.

Nevertheless, when we discuss this second sphere, Facebook exclusively as a social network, the data are not as flattering. Facebook was born in February 2004 as a platform on which Harvard students could connect, where they could contact all other users, see friends of friends, etc. Ultimately, it became a place where experiences are shared, one reaching practically the entire world.

The rapid growth of the network sparked interest among brands, who saw it as a place where they could reach all its users; a place where they could share relevant information and content of interest to said users. This appeal “forced” Facebook to start defining some of the strategies that would gradually mark its growth and development. They created business pages and required companies to abandon any individual profiles created and focus on these corporate pages. This paradigm shift “forced” brands to generate content appealing to the network’s users, who, logically, would only follow brands that provided them with relevant, useful, or interesting news, according to their individual criteria.

Shortly thereafter, these first changes at Facebook would entail the possibility of launching segmented advertising campaigns aimed at increasing the number of followers of a given page. These campaigns were where the first doubts about the network and its “traps” arose. In fact, there were notably a number of videos and reports published by prestigious media outlets discussing click farms and fraud in these campaigns through “fake likes.” These articles appeared and made the rounds, but did not reduce the growth of the social network, which in the last 15 years saw continuous growth both in number of users and advertising revenue.

This evolution of ad campaigns and changes to the network’s algorithm (rules by which certain brand posts and contacts are shown on a user’s feed) is where I think Facebook is making significant mistakes.

The network has become a simple channel for advertising where brands are constantly posting push media. In fact, that algorithm change leads to situations where if you don’t talk with someone frequently, when that person publishes something important and/or relevant, you won’t see it. This, therefore, represents the loss of its essence as a social network as such. On the one hand, this leads to users being fed up with seeing their feed as a stream of billboards. On the other, it leads to brand dissatisfaction as, in addition to creating relevant content, brands are obligated to pay in order to reach an increasingly small number of users, be them followers or not.

All the scandals regarding consumer data cause users to experience a constant sense of crisis about what’s happening to their data, a problem fed by a lack of knowledge and a perception that brands are constantly bombarding their feeds.

Given the above, at this point, if Facebook has been able to understand how the market will evolve and adopt the appropriate strategies in the first sphere, it should also be able to understand the changes required in its strategy as a social network and:

–On the user side, launch user campaigns to raise awareness for consumers that are exposed to continuous advertising and implement policies on transparency and data collection.

–On the brand and advertiser side:  Brands need to know what they will get when they purchase a product. If you don’t know what you’ll get by paying for a premium function and the function is changed periodically, you’ll grow suspicious. More so when the results are not as desired.

Ultimately, it needs a more transparent model for users and clearer functionalities for brands. Only 15 years have passed, or, depending on your perspective, 15 long years have passed, but if Facebook would like to continue for another 15, it must adapt to a changing society that has been analyzing social networks for more than 70 years.