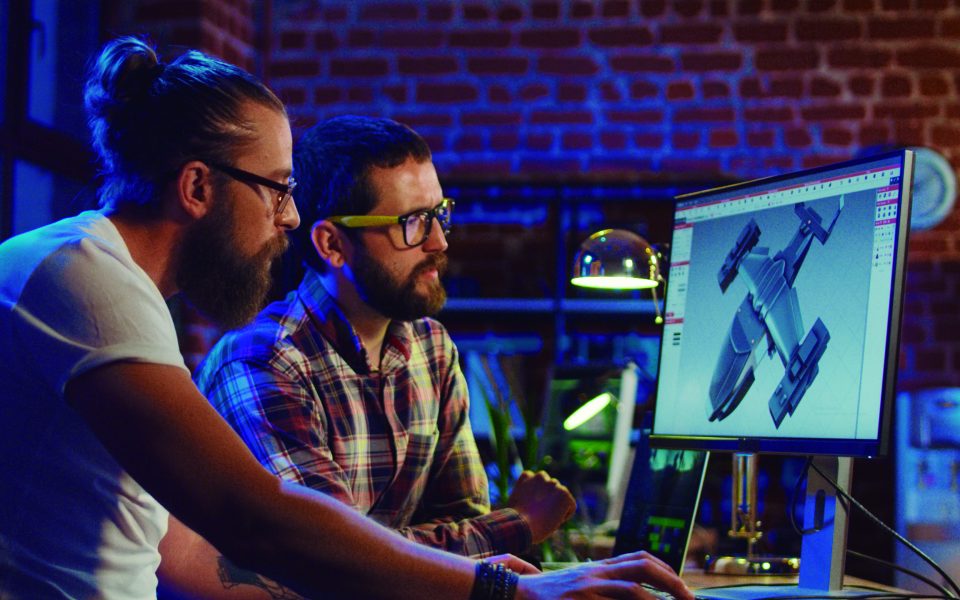 According to the dictionary, a ‘game jam’ is gathering of “developers” with the aim of creating video games in a limited period of time, usually between 24 and 48 hours. The concept originated around the start of this century and comes from those disorganized musical improvisations in bars called jam sessions, which the musicians join spontaneously. Which is more or less what happens at these game sessions, a mix of informatics, design and imagination.

In Spain they began to be held on college campuses and in specialized places. There are still not a lot of them, but they are becoming more and more popular.  University students and people who are just curious usually show up in groups for these ‘hackathons’ or marathon sessions. They can be found in the pages of specialized magazines or in the pamphlets that spring up when the technological chip is in good form. Ours took place on the first weekend in June in Spain with the Game Jam Weekend, in  the capital, organized by Universidad Europea and the Thyssen-Bornemisza Museum, and ended on June 3.

Those bags under the eyes identified participants. Also their smiles of complicity after two days of little sleep, lots of work and companionship and a good deal of learning. At least that was the most common description during the exhibition of the results in the auditorium of the museum, located on Madrid’s Paseo del Prado. It was 48 hours with all the fun of a video game, which made all the physical suffering worthwhile.

“We came to do something that wasn’t typical and, apart from the stress, it was a lot of fun,” said Silvina Márquez, Gabriela Doctor and Clara Nicolás, aged 18 and 19. These three students of different subjects (from Advertising to Business Administration to Tourism) invented an application “to make women artists more visible” through play. An idea that blends teaching, vindication and games. “We were treated very well, with lots of attention and a good atmosphere,” they said when describing the weekend, although they were obviously very tired.

Juan José Escribano Otero, who’s in charge of Digital Technologies in the School of Architecture, Engineering and Design at Universidad Europea, was there from the start and described all this muddle of sleepy faces. Escribano, one of the organizers, puts it this way: “The jams are video game design events that last around 48 hours. It’s a purely multidisciplinary event where people learn, share and create.” And he went on: “It started as an initiative by students and professors at Universidad Europea so as to have a common space for creation, exchange and learning in a video game setting, something outside the regular classes.”

The workshop was free and open to anyone over the age of 16. It included access to the museum and a dinner on Friday, food on Saturday, a commemorative t-shirt and a three-hour workshop on programming or art. “It’s highly recommended because it’s a unique experience, there’s lots of fellowship, and you meet people who, like yourself, enjoy designing video games,” he adds. On this occasion 65 gamers signed up and 45 took part. The groups had to be made up of between two and four people. And by Sunday there were eight proposals (one of them outside the competition). The subject –art and women– was supervised ahead of time by the two organizing institutions. And the controlling idea was the school’s philosophy, as reflected in its emblem: “Learn by doing.”

“If we do things well, openly and with outreach, we’re fulfilling our mission and working in favor of our school,” says Escribano, who has recently seen great interest in art and video games. “There’s no doubt about that. At least among the people who participated… But the fact that a classic art museum like the Thyssen-Bornemisza should get involved in projects like this says a great deal about the interest in these new artistic formats.” Guillermo Castilla and Berta López –coordinator of the Video Games and Animation degree at Universidad Europea and president of the UE Game Studio, respectively– also stressed this: “It was one of the best editions. With an important knock-on effect and very high quality.”

Splash, about a young 19th-century woman who wants to be a painter; Sorority, about a girl who replaces the paintings in a museum with feminist creations; Diana’s Tales, whose heroine finds a future in an imaginary world; and Dual, the winner, about a woman who changes the past so as to improve the future: all the projects showed great aptitude and admirable effort. The prize was a group photo and, for the contestants receiving the most votes, a gift card from the FNAC book and record shop and a pass to the Thyssen-Bornemisza Museum.

“There were three of us and a programmer. We shared ideas and a space, and at the end we came up with a finished project,” recalls Rubén Cepedello, a 24-year-old student of more advanced 3D design. “We decided on the spot what we wanted to do. We wrote down three options and selected one by chance. Then we studied the technical difficulty it involved and the focus until we finished it,” he said while describing Anonymous, the proposal they presented.

Intense, tiring and filled with work. That’s how Mario Blanco, a video game designer, described jams like this one. “There was a very high level here. And with each edition it gets stronger, because people come back with more experience,” he added. According to this 23-year-old, “you learn, it’s unique and it really grabs you, because the results are very immediate.” Juan Carlos Bravo seconded this: “It’s special, like a family, with lots of bonding. The results make you want to come back.” Others agreed, but before returning they asked for a shower and a long rest.