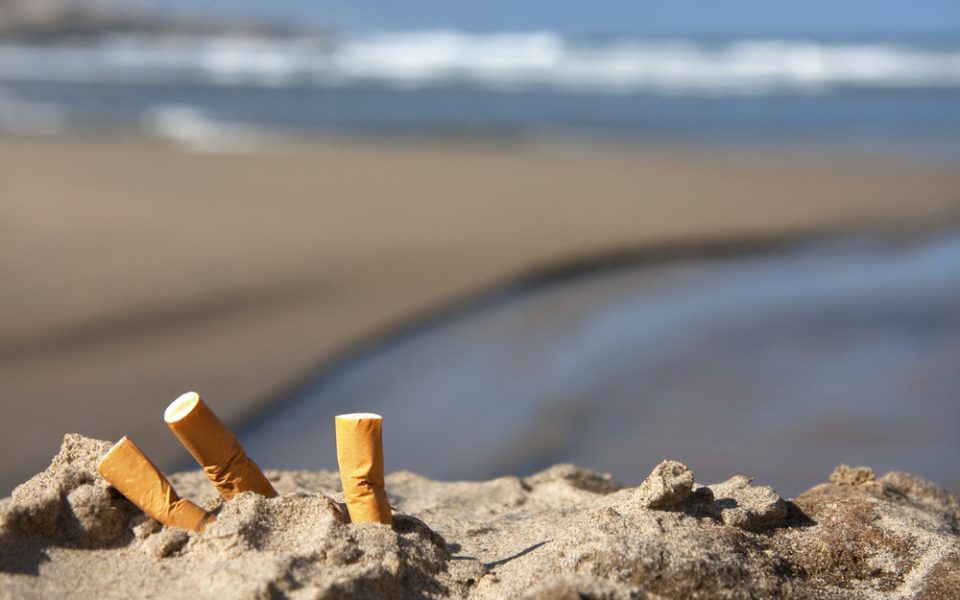 Medicine and Nursing, Sport and Quality of Life
Article
The Importance of the Fight against Tobacco 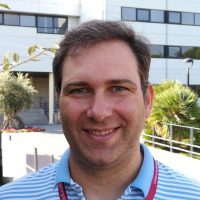 Tobacco use is one of the greatest threats to public health the world has had to face. Today, it continues to be the main cause of morbidity and mortality world-wide and in Spain. Tobacco consumption may kill up to half of its consumers: around 8 million people a year, of which 7 million are tobacco users. However, around one million are non-smokers who are exposed to secondhand smoke.

In our country, tobacco use is also considered the main public health problem and the leading cause of preventable death. Around 50,000 deaths a year are attributed to tobacco use; of them, around 3,000 are passive smokers. Lung cancer and chronic obstructive pulmonary disease (COPD) are most frequently caused by tobacco use.

Rise in Tobacco Consumption in Spain

Fourteen years after the first anti-tobacco law, Spaniards smoke as much as before the law went into effect, which implies a rise in tobacco use.

Law 28/2005 – which was followed by law 42/2010 – prohibited smoking in bars and tobacco advertising. It also made the warnings about harmful health effects tougher. Thanks to this law, consumption decreased notably, marking a significant advance in protecting public health, in addition to offering an incentive to quit smoking. However, the trend is currently on the rise, according to the EDADES biennial survey from the Ministry of Health. In 2017, 34% of Spaniards smoked daily; in 2015, that number was 30.8%. In 2005, it was 32.8%.

Another changing trend has also been observed in recent years: smoking has decreased among men and increased among women. Although tobacco use has traditionally been higher among men, the differences are decreasing, and currently among students aged 14-18, girls smoke more.

It is difficult to understand in a country that has had a law in place for years that prohibits tobacco in bars, doesn’t allow advertising, and has had years of campaigns on tobacco’s harmful effects that smoking is on the rise; and there are many scientific societies and bodies that report a relaxation in compliance with the law.

Although the positive effects of Law 28/2005 and its amendments overall have been verified, compliance with the law must be reinforced, especially in areas such as the grounds of healthcare facilities and government buildings and hotel balconies. Furthermore, some are calling for new measures to advance regulation, as has already been done in other regions and countries in the area.

Exposure to environmental tobacco smoke continues to be associated with a significant number of illnesses and deaths in the population, where children and pregnant women are especially vulnerable. It is estimated that the number of deaths attributed to environmental smoke in Spain in 2017 was 1,028.

Secondhand smoke or passive tobacco use is responsible for one in 10 deaths related to tobacco use. Tobacco smoke contains over 4,000 chemicals, of which we know that at least 250 are harmful and over 50 cause cancer; and there is not a safe level of secondhand tobacco smoke exposure.

·Secondhand tobacco smoke causes around 1.2 million premature deaths every year and 65,000 children die due to diseases attributable to others’ tobacco smoke in the same period.

Residual tobacco is another means of passive exposure. Residual tobacco smoke is the presence of tobacco particles in the air, such as in interior environments in the homes and vehicles of smokers. These particles remain there after smoking. Different studies have demonstrated the health consequences for passive smokers who live with smokers, especially the most vulnerable: children.

Everyone should be able to breathe smoke-free air. The separate smoking areas that have been created do not protect non-smokers from secondhand smoke inhalation, because the smoke can travel from one area to another. Inhaling secondhand smoke in open-air spaces where people are grouped close together, such as terraces, swimming pools, beaches, and sporting events also fails to protect non-smokers. Only a totally smoke-free environment constitutes effective protection.

Therefore, creating totally smoke-free environments is the only way to protect people from the harmful effects of passive tobacco use. In most countries, non-smokers are protected by comprehensive national laws on smoke-free spaces.

Laws against smoke protect the health of non-smokers, are well-received, and have been shown to not harm businesses. They encourage smokers to quit smoking and are positive models for children to prevent them from using tobacco in the future. We must remember that every time we smoke in front of a child, we are forcing them to smoke.

Actions Being Taken by the WHO and the Ministry of Health

The WHO, through article 8 of its Framework Convention on Tobacco Control, which addresses Protection from exposure to tobacco smoke, encourages countries to take measures to protect passive smokers from secondhand smoke:

2. Each Party shall adopt and implement in areas of existing national jurisdiction as determined by national law and actively promote at other jurisdictional levels the adoption and implementation of effective legislative, executive, administrative and/or other measures, providing for protection from exposure to tobacco smoke in indoor workplaces, public transport, indoor public places and, as appropriate, other public places.

The WHO, as part of one of its Sustainable Development Goals (SDG) to improve the population’s health and wellbeing, considers the prevention of tobacco use to be a fundamental line of work. Through its package of measures to fight tobacco use known as MPOWER, it helps countries protect people from passive tobacco use. Based on the international commitments made in the context of the WHO’s Framework Convention on Tobacco Control, and following the guidelines of this MPOWER strategy, the Ministry of Health, Consumption and Wellbeing (MSCBS) has proposed a series of actions for 2019-20. These measures are aligned with the scientific evidence and the requests of the medical and scientific community, social organizations, as well as the SEE report on Assessing Tobacco Control Policies in Spain (Laws 28/2005 and 42/2010) and the Madrid-2018 Declaration for health and advancing tobacco legislation in Spain.

The actions proposed by the MSCBS, in line with the MPOWER Measures, are as follows:

Protect. Protect the population from tobacco smoke: Smoke-free spaces. Strengthen compliance with Law 28/2005 and promote advances in the regulation of smoke-free spaces.

Offer. Offer help to quit smoking through a smokers’ healthcare plan with a systematic approach through the national healthcare system.

Warn. Warn the public of the dangers of tobacco with awareness campaigns and advances in regulations on labeling.

Enforce. Enforce compliance with the prohibitions on advertising, promoting, and sponsorship of tobacco, strengthening compliance with Law 28/2005 with stricter measures.

As part of the Protect the population from tobacco smoke actions, the Ministry is trying to make progress in strengthening compliance with Law 28/2005 in the areas where there has been less compliance and greater exposure to environmental tobacco smoke, i.e., in hotel terraces and the areas surrounding healthcare facilities. It is also promoting expanding smoke-free spaces to other open-air spaces such as sports and entertainment centers. Additionally, the Ministry is supporting best practices initiatives, such as “smoke-free beaches,” which also consider spaces in which there is a high concentration of people for a specific time to be smoke-free spaces, such as shows or sports events.

Some scientific societies, such as the Spanish Pulmonology and Thoracic Surgery Society (SEPAR), assert that, in addition to causing health problems, tobacco contributes significantly to environmental pollution and the general population and public authorities are not sufficiently aware of that fact. Thus, the first task before us is to raise awareness about the high impact that tobacco has not only on human health, but also on our environment.

Smoke-Free Beaches. A Project for Health and Environmental Protection

The passive smoker that suffers the most is the environment. Tobacco production pollutes natural resources, causes a loss in biodiversity, and exacerbates climate change and the poor quality of urban air. According to the WHO in a report from the Center for Tobacco Control, no other product causes so much damage to the environment from its harvest, production, use, and waste as tobacco.

According to an article published in the International Journal of Environmental Research and Public Health, cigarette butts are considered “hazardous waste.” The authors, a team from the University of California and San Diego State University (US), state that each year they make up over 845,000 tons of waste.

Cigarette filters are made of cellulose acetate, a non-biodegradable material whose polluting effect may last around 25 years until it decomposes. The study indicates that on American beaches, cigarette butts make up one third of all waste collected.

In addition to the filter, the butt may contain toxic substances from the cigarette. The nicotine and tar from just one cigarette may contaminate up to 50 liters of water. Additionally, a report from FSU indicates that almost half of the trash on streets is made up of cigarette butts. This waste can reach rivers, oceans, and lakes and be ingested by birds, fish, and other animals, which may die as they are incapable of digesting them.

In Spain, several communities are announcing initiatives such as the creation of a network of smoke-free beaches. This type of network already exists in most coastal communities. They were created with the objective of denormalizing tobacco consumption in these environments, promoting healthy lifestyles, raising awareness of tobacco’s environmental effects, and respecting and caring for the environment by identifying a smoke-free space — although without penalties, as Law 2010 does not include any such provision — where it is the citizens themselves who remind smokers not to smoke there. The measure is widely accepted by beach-goers, according to surveys by Red Gallega.

Other countries such as Australia have achieved a greater reduction in the number of smokers than Spain, and this may be because they have continued with measures that pressure and promote the norm of not smoking. These measures include increasing taxes, changes to packaging, and restrictions on tobacco consumption in common smoke-free spaces, sporting events, and inside cars, especially if there are children present.

We need definitive, sustained strategies in which we all participate — citizens and institutions — in order to fight against the environmental and health effects of tobacco, and thereby contribute to improving our health and that of the planet.

José Miguel Mansilla Domínguez. Nurse and Professor of Public Health and Nursing in Primary and Community Care at Universidad Europea.