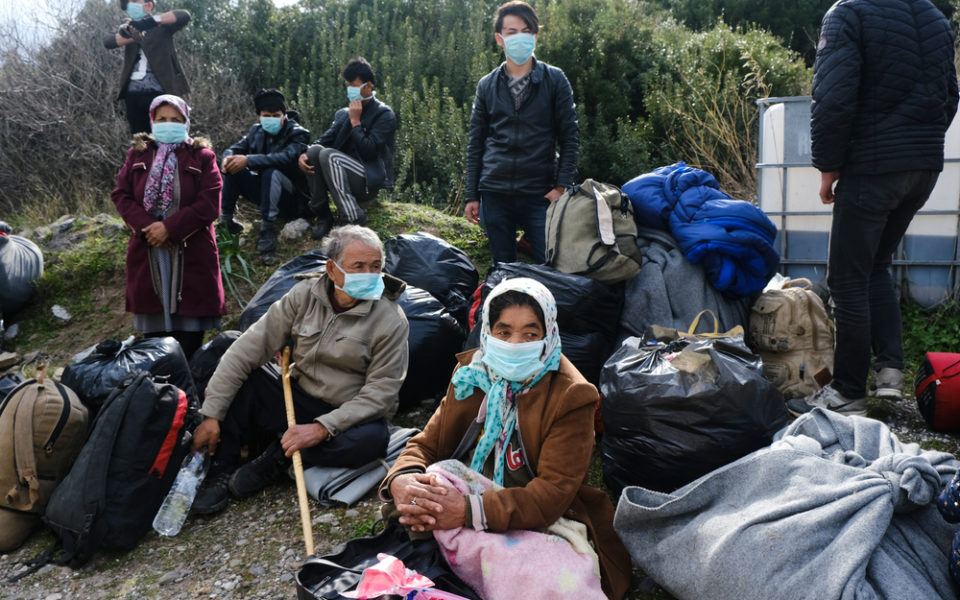 June 20 was World Refugee Day. Some days prior, the Global Trends: Forced Displacement in 2019 report was published by UNHCR, the UN Refugee Agency. This document portrays the pre-pandemic situation for the world’s displaced people. To allow our readers to appreciate the magnitude of the phenomenon, the key figures from this report are displayed below.

In 2019, there was a historic number of displaced people in the world, 79.5 million (26 million refugees and 45.7 million internally displaced persons), representing 1% of the world’s population. Of these, almost half were minors (between 30 and 34 million, some 40%). The number of refugees worldwide has doubled over the past decade, going from 10 million in 2010 to 20.4 million at the end of 2019.

Almost 70% of all displaced people hail from five countries: Syria, Venezuela, Afghanistan, South Sudan, and Myanmar. Of these individuals, 73% seek asylum in a neighboring country such as Colombia or Pakistan.

According to data from the Spanish Ministry of Interior, there were 118,264 asylum applications in 2019 in Spain, more than double the number received during the previous year. Most of them came from Latin American countries (80%). However, the application approval rate was only 5%, a far cry from the 26% figure in 2018 or the 30% overall rate in Europe.
In 2020, World Refugee Day was different due to the pandemic.

Its consequences have been –and unfortunately continue to be– terrible all across the globe, leaving thousands dead in its wake, exacerbating existing socio-economic disparities, and worsening the precarious and vulnerable situation experienced by many disadvantaged groups, such as asylum seekers and refugees. We talk about asylum seekers and not just refugees because there are many people who have been unable to achieve the status of “refugee” (which is no easy feat).

It goes without saying that migratory flows have been affected by the pandemic. Many in this group find themselves stuck between the country they sought to enter (which would save their lives) and the country of origin they are fleeing from. In fact, according to data from the European, the number of asylum applications recorded in the European Union in April fell 87% in comparison with the beginning of the year, due to numerous countries closing their borders in an effort to halt the pandemic.

To make matters worse, these individuals are more exposed to the virus than others, as most of them live in overcrowded conditions and in places where it’s not easy to access basic necessities such as safe drinking water, food, or bathrooms.
At the same time, some face a huge socio-economic crisis since they can’t work in the precarious and often unregulated jobs they normally do. This means they find themselves without economic resources and without any social protection, and therefore at risk of exclusion. In other cases, migrants endure extreme conditions and have precarious and badly underpaid jobs, such as agricultural work, which is a vital role that feeds everyone. A good example of this is the recent case of Eleazar, a laborer who was abandoned at a health center in Murcia and later died. It was determined that he’d been working long hours in the fields at temperatures exceeding 40 ° C, without any water. This is an example of the precarious situation that many migrants who work the fields experience and of how Eleazar’s asylum application was interrupted due to COVID-19.

Moreover, the current climate of fear during the pandemic has exaggerated racism, which also doesn’t do migrants in general any favors.

If the long-term objective is to live in a more inclusive and egalitarian world, some recommendations regarding displaced people should be promoted on a global scale. These are some of them.

The first would be the most urgent: care and access to basic services for displaced people, including things like food, safe drinking water, clothing, hygiene, health, a place to live in healthy conditions, and legal and psychological support.
We also need to guarantee the right to asylum, not return displaced people to the countries from which they are fleeing, and make sure that everyone has access to the same basic rights. Furthermore, there should be real commitment from and agreements between governments worldwide so we can have safe and legal migratory flows and foment welcoming, protecting, and including refugees and asylum seekers as part of the social fabric in destination countries. By doing so, we would bring to life the spirit of the Global Compact on Migration and Refugees.

Lastly, awareness must be raised among the general public about what this group is experiencing, and we must fight against prejudice, discrimination, and racism, without making distinctions between them and us. Let’s not forget the large number of minors who live in this situation and the importance of them being able to get an education, as well as how vital it is to avoid violence and childhood abuse.

This pandemic poses huge challenges and difficulties that have us facing uncertainty and the unknown, and it’s not an easy situation for anyone.

In light of this worrisome situation, we need an international socio-economic and health response that includes everyone, regardless of their nationality, culture, social class, or skin color, and we must remember that “we were, are, or will be migrants.”