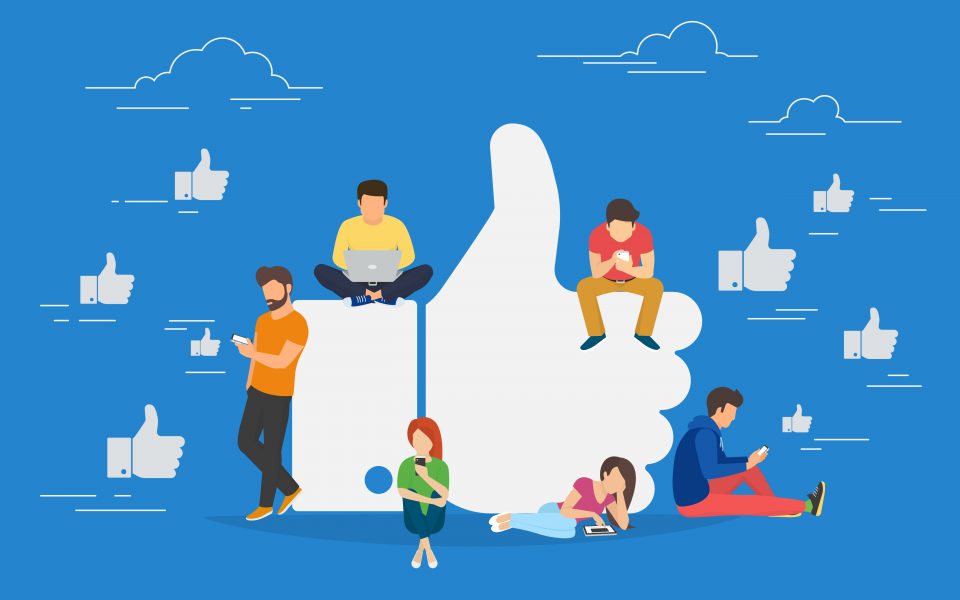 The Internet is often referred to as a “virtual” world, almost a parallel reality, which is different from our daily “actual” reality that we can touch. However, behavior online is still behavior. The Internet is not a separate sphere that somehow remains immune to the laws of learning and interaction; when people interact and relate through applications and social networks, we do so in line with the same principles that govern our daily lives. Nevertheless, there are important aspects of this interaction that are enhanced or hindered by the network’s own variables.

One of the basic principles that govern our behavior is the fact that our behavior itself is modified according to the results it obtains; behavior can be subjected contingently to aspects that will cause it to occur to a greater or lesser degree, so-called reinforcements and punishments, respectively. The description and study of these phenomena has given rise in psychology to the strongest findings we have regarding human (and other animal) behavior, and, in turn, this has resulted in enormously potent behavioral change technologies, like behavioral therapy. However, these technologies are merely a conscientious and directed application of processes that happen at any time and place, whether we like it or not, and whether we are aware of it or not. In face-to-face interaction, even when there is no intention to do so, we constantly modify each other’s behavior through one of the most powerful tools we have: social reinforcement. As the social animals we are, for a large number of us, aspects such as positive attention, smiles and continuing conversation can work as boosters. For instance, if a friend of ours tells a sexist joke and we laugh, he is likely to do it more often. Thus, through the procedure (involuntary and erratic in this case) known as molding, we gradually configure our behavior and that of others. Most likely our friend, the one who told the sexist joke, will tell us jokes of other styles, but also in different environments. In some of these environments this behavior will be reinforced (i.e. people will laugh) in a systematic way; in others, it will be received with silence or even with reproaches. Our friend will soon learn to tell such jokes in some environments and not in others. And, regardless of the justifications he gives for it if asked, he will do this following a pattern that is no less systematic and clear because it is involuntary.

How does the Internet change this process? First of all, in real life a person is a set of many things: their appearance, their tone of voice, the subjects they talk about… All these factors interact to help us form a complete picture of the person. However, on the Internet, we see the person through the eye of a sort of needle, and depending on the social network in question, the eye of the needle will be directed as a priority to one thing or another. This “fragmentation” is simply due to the differential reinforcement of the relevant behaviors. Thus, while on Instagram this “eye” focuses preferentially (but not exclusively) on images, on Twitter it focuses on the content said, to give two examples. Our behavior therefore adapts to this “eye of the needle”: we will try, in general, to be more visually attractive on Instagram, uploading photos that we look good in, in places or from perspectives that make them receive more ‘likes’; we will try to be more ingenious in Twitter, also, of course, thinking about the ‘likes’. The same person may behave in quite different ways in different networks, because their behavior is passed through the sieve of what these networks select and reinforce in a differential way, in the same way that we do not behave the same with our family as with our friends or in the workplace: these different environments select a set of behaviors that will be more or less reinforced or punished and that will determine our final behavior.

A brief clarification is appropriate here: when reading the previous paragraph, someone may think “I don’t care about ‘likes’, I interact on social networks due to the pleasure of expressing myself, and I don’t care what others think of me. It is true that, in general, people do not necessarily have to have the declared objective of obtaining social reinforcement; however, what is certain is that this social reinforcement, whether desired or not, has an effect on our behavior. Even people who do not actively seek to give ‘likes’ on social networks see their behavior on them altered through the reactions of others. This in itself is very adaptive: if our behavior did not adjust (even without us realizing it) to the social environment in question, we would never be able to function with other people in a satisfactory way.

This brings us to another one of the most important factors online, along with how behaviors are selected and fragmented (the “eye of the needle” referred to above): the existence of communities of all kinds. Internet communities (Facebook groups, account groups or Twitter or Instagram ‘hashtags’, etc.) always arise from shared interests or factors, unlike what happens with offline life communities, which often arise out of mere geographical convenience (children who go to the same school, adults who work together, etc.). This has one undoubtedly good side: no matter where you are, no matter what your interest, you will find hundreds, if not thousands, of people who share the same interest. This facility to find communities is a real help for people who are part of disadvantaged or oppressed groups, who find very real support and understanding, even through a badly-called “virtual” medium.

But there is a bad side: what has been known as “echo chambers”, groups of people related to each other by a specific factor (usually political ideology or position on a controversial issue) that only interact with each other and not with people who think differently. This is not an accident at all, and it is here that we begin to see the writing on the wall in terms of social networks: this grouping of those who think alike is not only an almost casual drift directed by the user, who is more at ease among people who think alike; it is also an effect sought after and enhanced by the heuristics of the nets themselves, who record all of the things we ‘like’ and show us things that resemble them in a differential way, while hiding or minimizing those that are different. This adaptation does not arise from a concern for our well-being or a respect for our ideas, but from a much simpler and more powerful criterion in a fiercely capitalist world like the one we inhabit: economic profit. The more we like to be on a social network, the more time we spend on it and the more worthwhile the advertising space on it is in the market… And the more we “agree” with what we see on a network, the more we like it. Social networks, and this is their perverse side, are not just distributors of content that adjust to what we want, but rather they actively show us things they know we’re going to like, sometimes creating a bubble that can be truly dangerous and lead to extreme situations.

Let’s imagine that we begin to scold our friend who tells the sexist jokes for telling them when we are there. Not only that: the vast majority of the people around them begin to do so (as would be logical). Our friend, who has been telling these jokes for a long time, may have difficulty relating in another way, or may feel hurt because people have stopped laughing. He may also start telling these jokes in a “safe” environment: online. If he chooses the right place and the right time, he will be inundated with ‘likes’, and his behavior telling sexist jokes will be directed preferably to the virtual environment, where he will increasingly be surrounded with people like him, creating a feeling of community (which is nothing more than an exchange of reinforcers) that he no longer enjoys in offline life. Our friend –who maybe, fortunately, no longer is anymore– will distance himself from us and will turn to that environment that has welcomed him so well, “showing off” a part of his behavior to the detriment of others. And what about the so-called ‘influencers’, the stars of Instagram and others that end up creating almost a cult around them? In general, they are people who have been able to adapt their behavior, often in a fully planned manner, to extract as much as possible from social networks, thus systematically obtaining a large number of social reinforcers. This, like always, has its dangerous side: the ease and economy (in terms of effort) with which social acceptance is achieved online can make it become our preferred and even unique form of social contact, which we remember is one of the most important reinforcers when it comes to governing our behavior. This may lead us to a point where we really need that flow of ‘likes’, retweets and comments to feel good about ourselves; not long ago, Polish influencer Julia Slonska attacked and smashed a 200-year-old statue in hopes of gaining followers; it is difficult to understand something like this without understanding the possibility that our behavior is governed as a matter of priority by the seemingly insignificant numbers on our social network accounts; if our followers reinforce (i.e., give ‘likes’ to or retweet) our wildest actions, before long these wild actions will be what we do most often. It is sometimes said that the Internet has created a culture of self, of monstrous egomaniacs who interact with others through applause, for the pleasure of seeing themselves as “important”. Whether this is true or not, I think what is much more important and dangerous is the possibility of, while we think we are making use of a tool such as social networks, it is really us and our behavior that are the real merchandise. We must be aware of this possibility; we must make use of social networks without allowing them, and those behind them, to make use of us.