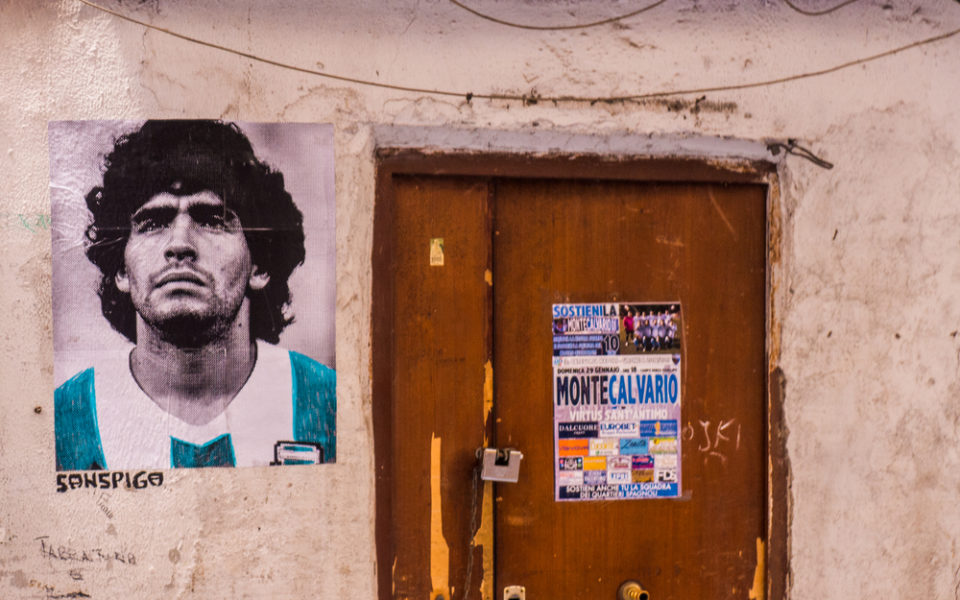 Sport and Quality of Life
Article
No, D10S is not dead

It wasn’t long ago that the heart of “El Pelusa” stopped beating outside of Buenos Aires, and with it the heart of the international sports worldwide. As was the case with Jordan in the world of basketball, Diego was able to bring together an entire generation in the 1980s with regard to who the best player in the history of soccer was (with a few small pockets of fans who defend the candidacies of Messi, Di Stefano or Pelé).

Maradona as a concept is, undoubtedly, one of the few phenomena raised by many fans to a theological level, with everything that “the gods” imply:

First, Social Influence: primarily during his time with Naples and the Argentinean national time, Maradona was a social movement in and of himself. Fans generally arrive at the games just a few minutes before the start of the match, but the effect created by the Argentinean had people arriving in San Paolo three hours early, attracted by the show of even seeing Diego warm up. We could talk about the millions of fans who took to the streets of Buenos Aires after the 1986 World Cup, or the legacy he left behind in the Argentinean civil registry, with many Argentinean boys born during that decade receiving his name in record numbers.

We continue with the Religious Influence: in 1998, he established the Maradoniana church in Rosario, Argentina, which despite seemingly being an anecdote, had 500,000 faithfuls in over 11 countries. Soccer adoration became a faith.

With regard to Political-Economic Influence, Maradona put Argentina on the map after 1986 globally, following the Falkland War, which hurt the national pride and left the country in need of some joy. Latin American Communist leaders have sometimes used the greatness of his figure for political backing (such as Fidel Castro or Nicolás Maduro). In addition, anecdotally, there is even an economic theory known as the “Maradona theory”, as an analogy for zig-zag taxes and number 10’s zig-zag move in his famous goal against England.

Meanwhile, there is also the enormous Media Influence. He was like all good Greek gods in mythology, like the gods who suffered through love, heartbreak, cheating, reaching the lowest level of the underworld and rising to the highest point of Olympus. A well-known personality working with him on TV in Spain while broadcasting the 2006 Germany World Cup told me that Maradona received the same attention every day of his life that a bride receives on her wedding day, that feeling of living under constant homage, every day, in every thing he did. That is, undoubtedly, something hard to handle and that in some periods of his life hit him hard. I ask humbly: how would most people handle that level of fame, money and media attention? Would many of us ended up like him?

And, finally, we should mention Sports Influence: a global sports icon greeted by true soccer legends like children who meet their idols. At the time, he arrived in Spain as the most expensive signing in the history of Spanish soccer, leaving behind that heroic saga of how a small club won several titles under the leadership and soccer magic of a single man.

Younger people might remember his scenes in the gossip columns in his final years, but thanks to countless images that are likely to go viral these days in social media, there will also be those who were born and grew up with Maradona, because the legacy of “El Diego” is none other than soccer in its purest form, the legacy of the ball. That legacy will live on for many years, which is why I refuse to say that D10S is dead.