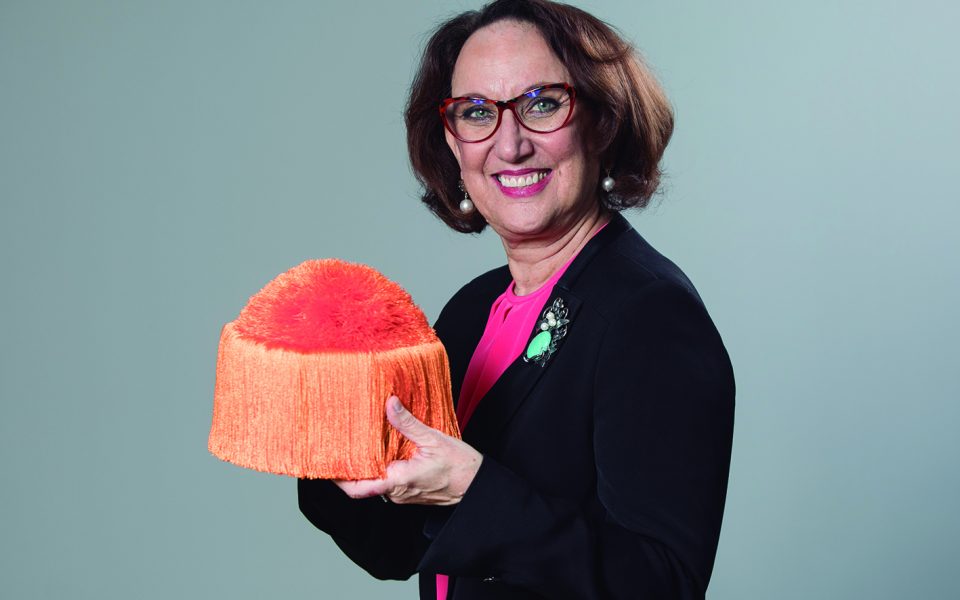 Rebeca Grynspan, a former economist and vice-president of Costa Rica, was elected Ibero-American Secretary General in 2014. Last January the Universidad Europea de Madrid awarded her a doctor honoris causa degree in recognition of “her support for Ibero-American integration” and “her commitment to the citizens of Ibero-America, whose rights she has made a centerpiece.”

Was born in San José de Costa Rica in 1955. Her parents came from Poland and she rose in this Central American country from the vice-presidency of the Treasury Department to become Ibero-American Secretary General in 2014, a position for which she was elected unanimously. Last January 17 she came to the campus of Universidad Europea de Madrid to receive a doctor honoris causa degree. It recognized “her support for Ibero-American integration” and “her commitment to the citizens of Ibero-America, whose rights she has made a centerpiece.” Her training as an economist “to change the lives of people” and her belief in education as the engine of change, are what keeps her vibrant and optimistic. In spite of her full agenda during her visit to Spain, she fairly glowed with excitement.

First of all, what does it mean to you to receive a doctor honoris causa degree from Universidad Europea?

It’s a great pleasure. I feel really honored. That’s what everyone says, but I have a special admiration for educational centers. I believe in teaching and education as an engine for achieving the good things in society. And personally, it’s a feeling that fills me with excitement and makes me reflect on my career, my world, my life. It’s very nice.

You’re receiving this prestigious recognition for your leadership as Ibero-American Secretary General, as a reward for your support for Ibero-American integration and for your constant commitment to the rights and freedoms of the citizens of Ibero-America. How would you sum up that work?

I’ve consistently fought to eradicate poverty and inequality. That’s led to a consistent way of thinking. I studied economics because I thought, was convinced, it was a way of improving the lives of people, not just of companies making the greatest profit. I thought it was a way in which everyone could realize their greatest potential. I think another constant has been my fight against inequality, not just in income but in so-called horizontal inequality: between groups, by gender, by race, by religion, by ethnic groups… Those have been the constants in my life.

Is there still a great deal to be done? What are the greatest challenges?

In Ibero-America –which is the area I represent– but all over the world we have the challenge of eradicating poverty. And of better distributing the benefits of progress. We’re also much more aware that we must care for the environment.

On occasion you have said that “the Ibero-American Secretariat General is an institution built around everything that unites us and has been essential for understanding in Ibero– America.” In your judgment, what is it that most unites people?

And what role does education play in all this?

I think that education has been the main engine of social mobility in our region. Without any doubt. Let me give you two facts: in this century Latin America has undergone impressive expansion and was able to bring education to sectors that had never before had it. It doubled its university population, and 70% of those students are the first in their families ever to attend university.

One of its aims is that by 2020 some 200,000 young Latin Americans will have some kind of educational experience outside their native countries. Why do you think that this is such a positive aspect?

I’ve read about and studied the effects of the Erasmus scholarships and found it interesting that the students who have participated have less unemployment and better jobs. And I ask myself: “Why is someone who spends six months overseas a better lawyer or architect?” And the fact is that this experience helps that person develop the so-called social skills: working as a team in multicultural, diverse, interdisciplinary settings. And that’s the kind of a world we’re living in. That’s why we should give that opportunity to people who don’t have it.

And the economy? Is that another engine for social development?

In Latin America we made progress in education during the same period when there was great economic growth and an increase in raw materials and international trade, but that growth didn’t reach the more vulnerable sectors of society. Now, however, we have been able to grow while reducing inequality and poverty. And we should celebrate this because Latin America, as the continent with the greatest inequalities, had not been able to grow with fairness. Although now the situation is not so buoyant and we see that inequality persists.

In this sense, what’s the role of cooperation?

I think that Ibero-American cooperation has opened an avenue to horizontal cooperation, which is also known as ‘south-south’ or ‘triangular.’ A great deal has been accomplished this way: we’re no longer waiting for a benefactor to solve our problems but are all helping each other. What I want now is for the private sector to really get involved.

What would you say to a student to make him appreciate the value of  fellowship and effort?

In the first place, I’d tell him that life doesn’t always progress lineally, and that sometimes we have to make detours. But the important thing is to not lose sight of an objective, and to pursue it. That’s what effort is: in not abandoning your life project. That doesn’t mean that circumstances can’t modify it or create obstacles, but you can’t lose the capacity to pursue your objective. Because if you do, then life is making your decisions, instead of you making sense of life.

Something else you often talk about: what’s the difference between saying Ibero-America and Latin America?

Latin America is a geographic concept, running from Mexico to Tierra de Fuego, in Argentina, and including the Caribbean countries. Ibero-America includes Spain, Portugal and Andorra. And it’s more a concept of community. Its backbone is a common history and culture. And here is where we go back to the intangible: there is a regionalism that is not geographic but has to do with affinities.

Finally, to whom do you dedicate this very relevant public recognition?

To my family. To my children and my husband. Naturally.