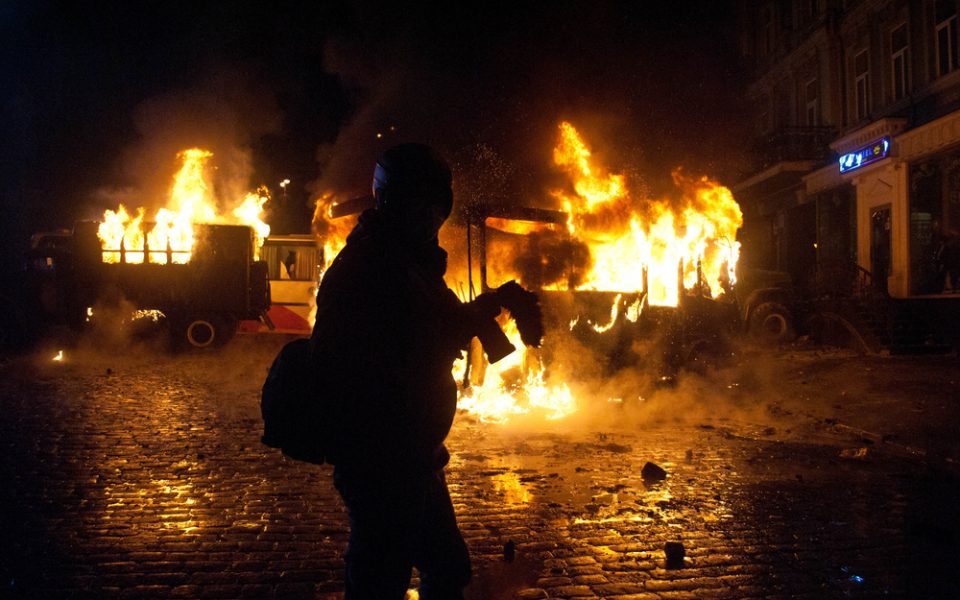 Reporting on armed conflicts is always difficult for a journalist or reporter. Conflict is a journalistic specialty that brings one’s ethical and deontological values to the fore and that influences the personality of the people covering it. Fears and psychological conflicts come to the surface and mix with the obligation of getting the job done. A job as important as reporting on war.

We truly can’t imagine what it was like. We can’t imagine how dreadful, how terrifying war is; and how normal it becomes. Can’t understand, can’t imagine. That’s what every soldier, and every journalist and aid worker and independent observer who has put in time under fire, and had the luck to elude the death that struck down others nearby, stubbornly feels. And they are right. (Sontag, 2014:106)

This reflection by Susan Sontag serves to contextualize with words the feelings someone who reports on war on the ground may endure[1]. It delves into one of the most important questions of audiovisual reporting during a conflict: comprehension.

Today there is no conflict without images. It is not understood why if there are no images, it is as if the conflict didn’t exist. Images of war must be present in the social consciousness in order for the war to be classified as real. Otherwise, it doesn’t exist for society. Because the images of hunger, devastation, bombs, and death that we see on our screens make us part of the reality of the conflict. They put us in front of the drama that lasts within the person who sees them through emotions and this causes us reflect on the pain of others.

The first time society was faced with the brutal reality of war through photography was during the United States Civil War. The photographer Matthew Brady showed the battlefield with images of dead soldiers. Brady covered the conflict with a group of assistants who ultimately received the copyright for some of the photos, although the one responsible for the logistics was Brady himself. The first moral debate over to what extent war should be shown was based on those images. Dead soldiers made American society uncomfortable as it did not feel such reality was appropriate. The debate over where, how, and why these images of conflict should be shown and where the limits of reporting are continue to be a cause for analysis and debate.

The aspect with the greatest implication on conflict coverage is interest. If the media believes that a conflict doesn’t sell, it is not interesting. If it isn’t interesting, there is no coverage. Thus a never-ending cycle begins in which the media stands as the champion of what is interesting to society foregoing the use of economic and editorial criteria. This, as it is legitimate from the business standpoint determines not just the objectivity of the media, but its function within society. Generally, the media requests specific images and stories to make a profit while omitting topics of general interest.

Conflict coverage entails complicated and costly logistics. It also involves assuming the human risk entailed by sending a journalist to a war zone from which they may never return.

This perspective raises the question: what motivates journalists to cover armed conflicts? It has already been said that war reporters have been a fundamental part of society for decades. That role within society, which is journalistic first and foremost, derives from a human task as they serve to raise awareness through the reality captured in their videos and photos. They become witnesses of horror, a horror they take on. They also become witnesses who filter these horrors for society, and some become references on future armed conflicts. Today more than ever society needs the figure of the reporter.

Large communications firms establish a double standard when defending the work of war reporters. On the one hand, it is evident that there is a need to cover certain information regarding armed conflicts and that there is concern over the safety of the professionals who cover said conflicts. On the other, it is no less evident that fewer and fewer conflicts are covered, and when they are covered it is usually by a freelance reporter. This is not a problem in itself. The problem arises when despite being vital for the media, the work of these professionals is not sufficiently valued by said firms, and it becomes practically impossible for reporters to find their vocation minimally viable in financial terms.

This conditions the normal operations of the job, collaboration, and, above all, the information that reaches citizens. The concept of reporting is implicit within this issue: the need society has to be well-informed about what is going on, not just in their city, but also beyond their borders. English-speaking television channels continue to seriously and analytically cover armed conflict as can be seen with the war in Syria. Television channels like CNN and the BBC as well as the audiovisual departments of the digital editions of The New York Times, The Guardian, and The Washington Post offer high-quality reporting from the ground, avoiding marketable stereotypes and delving into the issues that led to the current situation of conflict. This has a lot to do with the education of society and not only with the financial interest of media outlets. The figure of the war reporter has always been mythologized by society. Part of that mythologization is an implicit respect for the work they do and not just because of the risks they rake. It is also the respect generated by the figure who reports on the realities lost and the social injustices faced by the people without greater reward than informing society of said injustices, representing their victims, and trying to end conflict. Because that is one of the reporter’s premises: the search for peace.

It is true that suffering and violence are “…the raw material par excellence of the information offered by the media” (Giró, 2007:199). However, there is also a trend for war reporters to move away from that name that transforms them into linguistic accomplices in the wrongs of war and to embrace the concept of peace journalism. It was Johan Vincent Galtung[2] who coined the term peace journalism.

Peace journalism is oriented to conflict transformation, to inform with veracity, it cares for the opinion of the victims of the conflict, and it understands peace as a solution of a conflict where all the involved parties receive some benefits. Such kind of peace journalism demands that the journalist take an interpretative approach, concentrated on the stories that highlight peace initiatives; it tones down ethnic and religious differences; anticipates later conflicts; focuses on the structure of societies in conflict; and promotes the solution of the conflict, reconstitution and reconciliation. (Gavilán, 2014:30)

Although it may be justified by aspects discussed above, this trend serves to position the figure of the reporter as a professional who reports on the conflict they wish to see ended, and in a sense shifts them away from the preconceived notion of a classic war reporter, who is generally related with the concept of war and not peace.

Thus, the argument can be made for the need for the figure of the reporter not only for what their work contributes to the media, but also for the premise of peace entailed in their work and the way of broadcasting said premise to society.

[1] According to research by the Dart Center for Journalism and Trauma, one out of every three journalists who come back from a war suffer from post traumatic stress http://ajp.psychiatryonline.org/doi/full/10.1176/ajp.2007.164.7.1016 [04-01-2016] [2] Johan Vincent Galtung is a Norwegian mathematician and sociologist, founder of the International Peace Research Institute and the Journal of Peace Research. He was a professor of peace and conflict research at the University of Oslo. He has worked extensively with different institutions of the United Nations.
Tags:  BBC, Johan Vincent Galtung, peace journalism, Periodismo de paz, The Washington Post, War journalist
ValUE en twitter
ValUE en papel