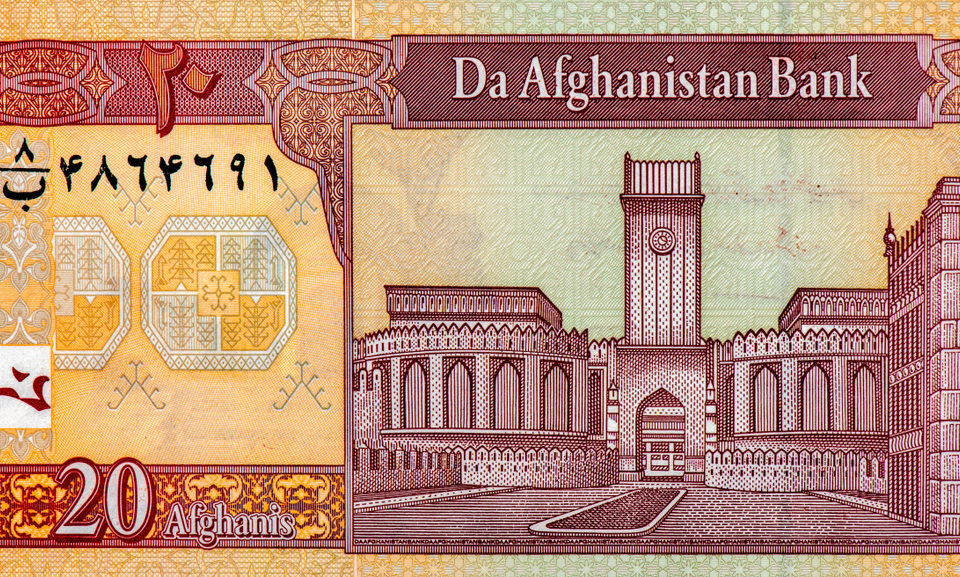 Economy and Business, International Relations
Article
Tournament of Shadows: the Economic Side of the Conflict in Afghanistan 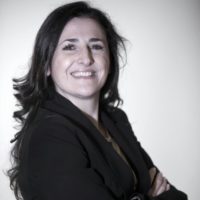 The current situation in Afghanistan in recent weeks has highlighted the key role of this country in the region, and the influence that the major powers have on it. While the focus has essentially been on geopolitical factors, we must not lose sight of the geo-economic factors of this conflict.

According to the World Bank, the country’s Gross Domestic Product (GDP) is US$19.81 billion. The GDP in the country has not stopped growing in recent decades, particularly between 2000 and 2020, although there was somewhat of a decline between 2016 and 2018, primarily due to the global economic-financial crisis that led to decreased investments in the country and a reduction of development assistance (World Bank, 2021).

Among the economy’s key characteristics, the World Bank points to its dependency and fragility, the weakness of the private sector and the excessive dependence on the primary sector (farming and livestock), which 60% of all families live on directly or indirectly (World Bank, 2021). The fragility of its economy is marked by the context of insecurity, political instability, weak institutions, inadequate infrastructures, leading to its classification as one of the most difficult countries in the world for doing business, according to the report “Doing Business 2020”, which ranks the country 173rd of a total of 190 countries (World Bank, 2020).

In Afghanistan there is a predominance of natural resources such as iron, copper, gold, silver, rare earth (such as lithium), fuel deposits (gas, oil, uranium), precious stones (emeralds, lapis lazuli and rubies) and other resources such as zinc and mercury.

This natural wealth represents a value in excess of US$1 trillion, according to data from the United Nations (Bloomberg, 2021); rare earth alone would have a value of between US$854 million and US$2.5billion. Rare earths are chemical elements from the lanthanide group, which include lanthanum, cerium, praseodymium, neodymium, promethium, samarium, europium, gadolinium, terbium, dysprosium, holmium, erbium, thulium, ytterbium and lutetium. Scandium and yttrium are often included as they tend to be combined in the same sites as the lanthanides. As pointed out by the Geological Association, they are not truly “earth”, nor are they “rare”: they are not “earth”, rather chemical elements (primarily oxides) that are given this name due to the difficulty of separating them from the earth they are extracted in, and they are not “rare” because reserves are estimated at between 80 and 120 million tons. Global production is placed at 160,000 tons/year, with China as the leading producer, with approximately 90% of the global production (Geological Association, 2021). The primary use of “rare earth” is in technology for storing data and energy, lasers, electronic devices, medical devices, superconductors, optic fiber, turbines, cooling, other uses such as: hard drives, earphones, speakers, electronic sensors and more (Regueiro, 2013; Geological Association, 2021).

The wealthiest countries in “rare earth” as a natural resource are: China, Brazil, Vietnam, Russia, India, Australia and the United States, as shown in the following graph (Statista, 2021):

Lithium is essential for the production of batteries in the Fourth Industrial Revolution– not only in mobile devices, but in many other uses in growing demand, such as electric cars–. As mentioned, there are major deposits in Afghanistan in the northeast region of the country. The International Energy Agency has said that the energy transition–which is moving us from a carbon-based economy to an economy based on cleaner energies–will increase the demand for lithium 40 fold by 2040 (International Energy Agency, 2021).

The “paradox of plenty” or the “resource curse”

Some leading economists–such as Jeffrey Sachs and Andy Warner–have studied a phenomenon known as “the paradox of plenty” or “the resources curse”. A study published by those authors titled “Natural Resource Abundance and Economic Growth” comes to the following conclusion: in general, the countries with an abundance of natural resources had low economic and social development compared to other countries with fewer resources. There are numerous reasons for this: dependency of their economies on those resources, lower effort in competitiveness, lower effectiveness in management, greater volatility in revenue, high exposure to the fluctuations of the global markets, lower efficiency in management, greater risk of corruption, weaker institutions, lack of investment in human development and scarce social development (Sachs & Warner, 1995). In short, an abundance of natural resources, if not managed correctly, can lead to a weak society, captive institutions and an underdeveloped economy, with high exposure to international ambitions and, as a result, with greater internal weakness: it is a vicious circle that is very difficult to escape.

China and the United States

China has over half of the world’s “rare earth” reserves (around 55%), and it is also the leading seller globally, an activity that has reached a market share of 90%. The world leader in production had traditionally been the United States, until around the 1980s. The United States currently imports 80% of these minerals from China, while in Europe the figure is 98%. Based on the above data, the conflict in Afghanistan could constitute yet another example of the rivalry between the United States and China over global influence – not only political, but also primarily economic.

The China-Pakistan corridor is essential for the development of China’s “New Silk Road”, which seeks to connect the Asian giant with the rest of Eurasia through the development of different infrastructures that facilitate trade. China’s investment alone in Pakistan–a country bordering Afghanistan, like China–reaches US$46 billion. This project means that the China-Pakistan alliance rivals the US-India alliance on the Eurasian continent. This narrow pass, called the “Wakhan Corridor” is 220 km long and some 64 km wide (narrowing at some points to 16 km). According to Guillaume Pitron in “The Rare Metals War”, this corridor is one of the primary points for the natural resources trade with China, which produces 40% of the world’s copper, over 60% of the lithium and nearly 90% of the rare earth. Sometimes, access to the resources and their passage through the corridor require agreements with the Taliban groups (Pitron, 2019).

The role of Russia

Following the Russian-Afghan war (1978-1992), the Asian power was forced to abandon the country in what is known as “Russia’s Vietnam”. Since then, there was the rise of the Taliban, the overthrow of the regime and a return to power by the Taliban. The role of Russia in Afghanistan goes back a long way, with a significant conflict with the British Empire in the 19th century called “the great game” or “tournament of shadows” or “black hole” (Brzezinski, 1998). The objectives of the British Empire were oriented toward extending the influence of India, while the objectives of the Russians were to access the sea and the natural wealth of Central Asia.

According to the World Bank report cited above (World Bank, 2021), different types of illegal trafficking take place in Afghanistan, including natural resource trafficking, drug trafficking in general and opium trafficking in particular. In addition, the United Nations has indicated other illicit activities that contribute to financing Taliban groups, militias and other armed groups, such as extortion, kidnapping, mineral exploitation and illegal tax collection. According to the United Nations Office on Drugs and Crime (UNODC), Afghanistan produces over 80% of the world’s opium (UNODC, 2019). The same institution indicates that opium trafficking could bring in between US$1.2 billion and US$2.1 billion a year (UNODC, 2019).

Afghanistan has enjoyed a general improvement in the Human Development Index since 1990, improving in all socioeconomic variables of income, education and health, as well as in the index’s general assessments. The two variables that have improved most over this period were education and health, with per capita income dropping sharply in 2000 and improving between 2000 and 2019–the last year for which data are available–(UNPD, 2020). Afghanistan is considered to be a country with a low level of human development, ranked 169th on the global list of 189 countries.

Afghanistan received Official Development Assistance from the OECD countries between 2010 and 2019 in the amount of US$50.27 billion (OECD DAC, 2020). In 2020 alone, the country received US$4.30 billion, primarily from the United States, the European Union, Germany, the United Kingdom, IDA (World Bank Group), Asian Development Bank, Japan, Sweden, Canada, and UNICEF. The primary destination for these funds has been social infrastructures and services and humanitarian aid, according to the following graph (OECD DAC, 2020). The development assistance destined for Afghanistan in 2020 represented 42% of the country’s GDP that year (World Bank, 2021). This detail proves the World Bank’s affirmation on Afghanistan’s high level of dependence on international aid.

Recently, United Nations Secretary-General António Guterres convened a Donors Conference for Afghanistan for September 13, 2021, in light of the prospect of an “imminent humanitarian catastrophe”, which is already starting to show itself. Following the rise to power of the Taliban, the top donors (World Bank, International Monetary Fund and the European Union primarily) have frozen funds to the country, which could make the situation worse for civilians. The Secretary-General has also called for the creation of secure humanitarian corridors to guarantee the distribution of the humanitarian aid. The situation is quite critical, as one in every three Afghans is in a situation of food insecurity, 3.5 million people are displaced internally, and the World Food Program estimates that millions of lives could be at risk due to a combination of factors: the conflict, drought, COVID-19 and the general scarcity of food (General Secretariat of the United Nations, 2021; World Food Program, 2021). The key at this point is to analyze whether secure access can be guaranteed to donations in kind and in cash, sent to the country by the international community and whether the networks of corruption that exist will allow the aid to be distributed fairly and equitably.

Summary: “tournament of shadows” and the economic factor in Afghanistan

The economic factor has not be considered sufficiently in the Afghan conflict. In my opinion, more than a political conflict–which it is–it seems to be more of a conflict with economic undertones. The geopolitical games to dominate the country have an unmistakable geo-economic undercurrent. In a country mired by dependence and economic frailty, where there is extremely important natural wealth that is essential in the economic shift and the technology revolution, there is a predominance of illicit trafficking, a high level of corruption, a low level of human development, with a high level of dependence on development assistance–which will be reinforced in an upcoming donors conference–, it only strengthens the idea that the country’s political weakness exposes it precisely to the ambitions of global power that have led to this conflict. We face–as the Russian-British rivalry in Asia was called in the 19th century–a “tournament of shadows” in which it is not enough to understand the factors and their interactions, rather even more so to foresee the consequences that the actions we take today will have tomorrow (Meyer, 2008).