Economy and Business
Article
Towards a new economic model: the circular economy 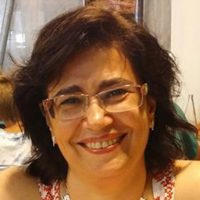 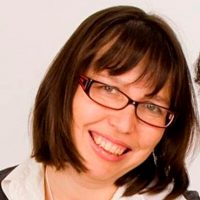 The cover of the most recent issue of National Geographic has had a considerable impact on the ecological conscience of many people. It shows an iceberg that, in fact, turns out to be a floating plastic bag. The message is clear: either we change our model of production and eliminate plastic or we’re going to destroy the planet definitively, along with our future.
For some years now there has been a good deal of talk about changing our production model. The current linear model, in which the life of a product ends when it is converted into waste, no longer works. It’s time to give strong support to a new model: the circular economy.

This new system makes it possible to take advantage of our resources in a much more effective and sustainable way. It consists of reusing those resources and maintaining them for as long as possible in the production system, depending on the usability and second life they might have. That was the opinion of the World Business Council for Sustainable Development (WBCSD) in 2017.
So much so that the European Union has already issued new directives about circular economy that were approved by the European Parliament in December of 2017. In Spain, the Ministry of the Environment has been working on a Strategy of Circular Economy, to be launched in the summer of 2018.

But what would be the advantages of implanting this production model on a world scale?
First, the circular economy would become, thanks to recycling and the selective collection of residuals, a solution for the planet’s environmental problems deriving from bad waste management. The plastics that form islands in the ocean are the clearest reflection of this problem.
Since Spain has been applying Law 11/1997 on Packaging and Packaging Waste, the results have been good. Managed by the Ecoembes firm, some 76% of the packaging that is discarded on the Peninsula is recycled. Nevertheless, this is not sufficient.

In addition to reusing, reducing and recycling (which is known as the 3R rule), efforts are being made to expand this to five steps. The residuals hierarchy –from greatest to least environmental impact– would thus be: prevention, preparation for re-use, recycling, other forms of recovery (including energy) and finally elimination.
Only in this way will it be possible to reverse the current trend, in which more waste is thrown onto rubbish tips than is recycled. (According to Eurostat, of the total of domestic waste in Spain in 2016, 56.74% went to the rubbish tip and only 29.70% was recycled).

Another problems that could be resolved through the circular economy would be the reusing of materials. An example is the new uses that are being found for lead that is obtained from car batteries. This would help avoid the contamination produced by lead mining.
Companies would also benefit from applying this new economic model. The firms that have done so have experienced reduced production costs. The prevention plans incorporated in Law 11/1997 on Packaging and Packaging Waste, and in Law 22/2011 (of July 28) on Residue and Contaminated Land, have made it possible to reduce the size and weight of packaging, which brings lower expenses for companies that have adopted this system.

In addition, the concept of Extended Producer Responsibility (as set in article 32 of the aforementioned Law 22/2011) obliges companies to take responsibility for the residue they generate when marketing their products.

The next challenge will be focused on prevention through innovation and the ecodesign of products and/or manufacturing processes so as to put a premium on respect for the environment. The trend is to create products that extend as long as possible the cycle of resources that are used, thus permitting that these products, from their origin, will be a source of future reusable materials.
Companies that work toward this kind of responsible behavior will find that their corporate image is strengthened. Indeed, consumers are very aware of these values and increasingly look for companies that demonstrate this kind of sustainable practices.

These practices are promoted by European Directive 2014/95/UE, which was incorporated into Spanish law by the Royal Decree Law 18/2017. It promotes the spread of non-financial information, in  listed companies, as well as of environmental practices that these companies carry out. It’s something that could become a new value creation for this type of company, allowing them to unite financial and social benefits and assume a real commitment to Corporate Social Responsibility.