Medicine and Nursing
Article
Stool transplants: our bacteria may be the solution to a number of diseases 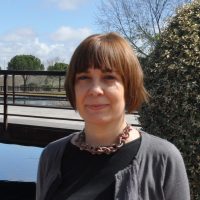 A stool transplant, or fecal transplant, is the transplantation of a healthy person’s microbiota into a sick person. At the outset, it sounds a bit odd and certainly scatological, but it is now a reality that is improving the lives of thousands of people. Did you know that half of our stools are made up of intestinal microbiota? Intestinal microbiota, previously referred to as intestinal flora, is a set of microorganisms (bacteria, viruses, fungi, protozoa, etc.) that inhabit the length of the gastrointestinal tract. These microorganisms play a fundamental role in our bodies (protection, metabolism, and immunity) influencing even the development of the central nervous system and our preference for certain foods over others. Our health and intestinal microbiota are intrinsically linked; intestinal microbiota are different under different pathologies, not just those related to the gastrointestinal system, such as ulcerative colitis, Crohn’s disease, colon cancer, and stomach cancer, but intestinal microbiota also influence other diseases such as obesity and metabolic syndrome, type I and type II diabetes, different types of cancer, allergies, and diseases related to the central nervous system such as anorexia and autism.

For these reasons maintaining healthy microbiota is fundamental to our health and modifying it can be a useful tool as the main or coadjutant treatment of a wide range of diseases. Although it may seem new, treatments with fecal bacteria were used in China in the 4th century, where documents indicate that patients ate “yellow soup” containing fecal matter to treat diarrhea. Scientific literature shows the first fecal transplant took place in 1958 on patients with ulcerative colitis, but it wouldn’t be until 50 years later that knowledge of intestinal microbiota would advance to the point where this procedure would be used as a more frequent treatment. A randomized test was carried out in 2013 on patients with the recurrent infection clostridium difficile, showing improvement in 90% of patients who had this treatment, compared to the success of other treatments, which was 20-30%. Stool transplants have been approved by the United States Food and Drug Administration (FDA) and are already being carried out in Europe and Spain, although it is only done on patients with C. difficile. In the coming years it is expected to be applied to other kinds of diseases such as metabolic disease. Some tests have been performed on inflammatory intestinal diseases, but they were not as successful, probably because the procedure has not yet been fully optimized.

What exactly is involved in a stool transplant? First, a healthy donor is required. This person must fulfill certain requirements such as being between 18 and 65, having a clinical history free of serious pathologies, having not taken antibiotics, antivirals, or antifungals in the last three months, having no known viral infection such as HIV or hepatitis, having not gotten anything pierced or tattooed in the last six months, etc. These criteria are similar to those required when donating blood.

Once the stool has been removed, it is homogenized in saline solution and frozen or freeze dried until the transplant is carried out. It can also be done with a fresh sample as long as more than 6 hours have not gone by. The recipient has a preparation protocol similar to an endoscopy and it is important for them not to take antibiotics in the 48 h leading up to the procedure, although they are preemptively treated with antibiotics in order to eliminate the recipient’s microbiota a few days prior.

The administration of the “new microbiota” may be done through the upper gastrointestinal tract (nasogastric, nasojejunal, or nasoduodenal intubation) or also with capsules filled with freeze dried stool samples or through the lower gastrointestinal tract via colonoscopy or retention enema. The amount of microbiota to be given and the number of times this procedure must be done are parameters that have yet to be fully optimized.

Little is known about how the new bacteria are established in the recipient or how they create new communities. What is known for now is that they establish new bacterial populations that are not exactly the same as those of the donor as they are affected by a number of factors within the recipient (genetics, diet, etc.), but they improve many symptoms associated with the condition requiring the transplant. What side effects are associated with the procedure? Abdominal pain, diarrhea, constipation, and temporary low grade fever and these have often been associated with potential complications from endoscopy and sedation. Potential long term side effects are unknown. In the United States there have been microbiota banks for several years and the first one was recently created in Spain at Bellvitge Hospital in Barcelona. Given the low cost and limited number of associated side effects, stool transplants are treatments with a good deal of promise to treat metabolic, immune, and mental illnesses in the future.