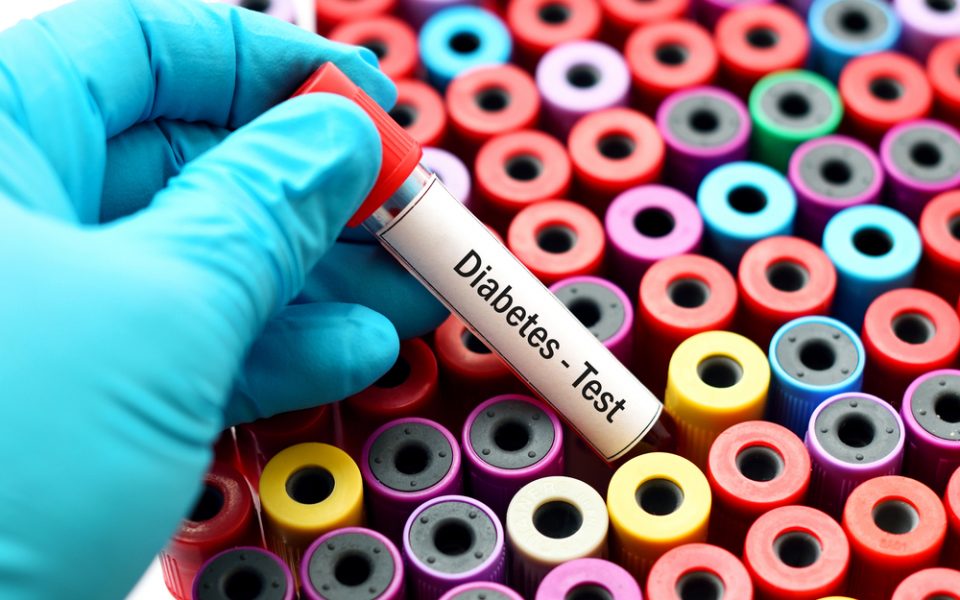 Medicine and Nursing
Article
Why Diabetes? 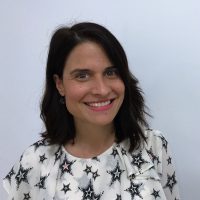 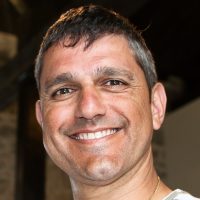 Diabetes Mellitus (DM) is a chronic disease that is highly prevalent and growing in prevalence around the world, associated with high morbidity and mortality, as well as a significant decrease in quality of life for people suffering from it (Murray, Vos, Lozano et al., 2012).

DM has become one of the most serious health problems of our time. This is a pathology that may become, in addition to obesity, one of the largest epidemics of the 21st century.

246 million people are currently estimated to be affected by this disease around the world. If this figure continues to grow at its current rate, it may reach 380 million in 2025.

In Spain, following the natural course of the disease, around 4.6 million people over the age of 18 suffer from Diabetes Mellitus Type 2 (DMT2).

However, in order to understand DM, one must understand the mechanisms generated by this disease. The role of insulin, then, must be discussed.

Insulin is a hormone released by beta cells in the pancreas, which is responsible for storing and releasing energy while eating and fasting, functions that are essential to the development and survival of human beings.

This hormone is secreted in response to high levels of nutrients in the blood, controlling critical energy functions such as glucose and lipid metabolism.

Once the insulin is been secreted, it will bond with the glucose molecules and use them to be transported so that they can be used as a cellular energy source (Illustration 1).

There are several reasons why insulin may not be able to do its job:

This inability to use insulin for whatever reason is the basis for the pathology known as DM.

Echoing the definition provided by the WHO in 1999, DM is a metabolic disorder of multiple aetiology characterized by chronic hyperglycemia with disturbances of carbohydrate, fat, and protein metabolism resulting from defects in insulin secretion, insulin action, or both.

There are diseases that only have a local effect, but there are others with a more general effect on the system, compromising the body as a whole.

DM is one of the greatest exponents of this kind of disease.

Are all DM types equal?

According to the classification made by the American Diabetes Association in 2014, DM can be classified into four clinical categories:

Despite not being the most frequent type of DM (only 5% to 10% of cases), it is a chronic pathology with a great deal of short and long term implications, mainly due to its early onset compared to DMT2 (Danese, 2006).

DMT1 involves a destruction of beta cells in the pancreas, leading to an insulin deficiency.

There are, in turn, two types of DMT1: autoimmune and idiopathic.

This type makes up 90-95% of cases of DM. It affects individuals who show either insulin resistance or a relative deficiency (Dabelea, Mayer Davis et al., 2014).

As can be noted, in this type of DM there is no destruction of beta cells, especially at the beginning. However, some patients do not require additional insulin to control their diabetes. That is why DMT2 was recognized as non-insulin-dependent diabetes (ADA, 2016).

The risk of having DMT2 increases with age, obesity, and sedentary lifestyle. It is also correlated with people with hypertension and dyslipidemia.

Developing DM2 seems to involve a large number of mechanisms, many of them still unknown, but it does seem that the basis of this pathology is insulin resistance in peripheral tissues along with a gradual reduction of the function of pancreatic beta cells, which lead to the secretion of deteriorated insulin and to hyperglycemia, the distinctive characteristic of DM2, among other metabolic conditions.

This is defined as any level of glucose intolerance whose first symptoms appear during pregnancy, regardless of whether or not they persist afterward (7 Committee on the Diagnosis and Classification of Diabetes Mellitus, 1997).

However, this definition is not entirely accurate given the amount of excess weight and obesity and the increase in the percentage of undiagnosed DMT2. Therefore, DM testing should be carried out on women who show DMT2 risk factors when they go to a consultation about a potential pregnancy (Lawrence, Contreras, Chen, and Sacks).

Other forms of DM

There are other less common forms of DM such as:

How do I know if I have diabetes?

Common symptoms of chronic hyperglycemia include:

In some cases, polyphagia (feeling hungry all the time)

Can DMT2 be prevented?

There are two types of risk factors that can influence the appearance of DMT2: Non-modifiable and modifiable.

What will happen if it goes untreated?

There are two types of complications: acute and chronic.

The treatment objective for patients with DMT2 is metabolic control allowing complications to be controlled in the short and long term and to maintain quality of life, based on three fundamental aspects:

Particularly with regard to pharmacological treatment, it has been identified that initial medical treatment is based on monotherapy with oral hypoglycemic drugs. However, metabolic control is seldom achieved (Sánchez-Millagón, 2011).

There is currently a wide range of treatment options for DMT2 patients, including metformin, sulfonylureas, glitinides, thiazolidinediones, disaccharidase inhibitor (IDPP-4), and glucagon-like peptide 1 receptor antagonists (GLP1), which along with insulin may be used in monotherapy or in association.

These medicines must be used after reviewing their respective fact sheets. The choice depends on the consideration of a number of aspects with regard to the patient’s characteristics, the strength of the medicine to achieve the therapeutic objective, the complications or associated illnesses, the risk of adverse effects, tolerance, and cost (Menéndez Torre et al., 2010).

This scenario has favored the combination of hypoglycemics, without achieving the desired results, a situation that increases the likelihood of developing chronic complications. (García, 2011). Nevertheless, scientific evidence has demonstrated that treatment based on insulin is the best option for achieving metabolic control. There are reports indicating this (López, 2011).

Other than pharmacological treatment, complementary treatment focused on physical activity and diet must be explored to help to maintain and control blood sugar levels. As a result, healthcare professionals must have good diabetes education.

Diet is one of the key elements to ensuring good metabolic control.

It should provide the energy and nutrients necessary to maintain an appropriate body mass index.

It should prevent the appearance of hypoglycemia and hyperglycemia. Insulin must be adapted to the appetite and habits of the patient.

The patient’s cultural, ethnic, and family characteristics must be respected. Healthcare professionals should not lose sight of the objective of maintaining and preserving the patient’s quality of life and environment.

There are no prohibited foods for diabetics. Some foods, such as sweetened drinks, should be consumed sparingly and they should be considered when calculating insulin units. Others should be eaten frequently so as to consume foods rich in fat and protein to slow gastric emptying.

One should avoid being excessively dogmatic or trying to impose a method that is too difficult for the patient and their day to day life. Metabolic control allows us to confirm the success of the method used.

Offering advice on how to reduce consumption of processed foods and encouraging patients to learn to cook with fresh ingredients is important.

The distribution of nutrients is practically the same as that recommended for any adult:

Healthy foods like wholewheat bread, grains, legumes, fruit, vegetables, and skim or low-fat dairy products. Moderate consumption of sucrose (up to 10% of total).

Another important point in good blood sugar control is physical exercise, as it has positive health impacts such as reducing cardiovascular risk, contributing to weight control, and providing a feeling of well-being.

Regular exercise is recommended for patients with diabetes as it reduces the risk of developing macrovascular complications. Exercise should be taken into account when calculating the amount of carbohydrates the patient will consume and the insulin they will administer because exercise increases their sensitivity to insulin, however it also increases the synthesis and release of counterregulatory hormones, which tends to reduce sensitivity to insulin.

Daily physical exercise is easier to manage and incorporate into habitual treatment routines. Ideally, aerobic exercise should be done daily with the same schedule and intensity. In order to control and, in fact, take advantage of the changes that exercise causes in the body, two things must be considered with regard to metabolic control: carbohydrate consumption and insulin administration, depending on the kind of exercise.

Especially when exercise is not regular, measuring blood sugar levels before and after exercising is helpful, as well as considering these levels when making new determinations in the following 12-24 hours, as they may also be affected by the exercise. Blood sugar levels may also need to be tested while exercising if the physical activity is prolonged or symptoms of hypoglycemia appear.

When levels are not tested and ketone bodies are present, exercise may increase blood sugar or accelerate ketoacidosis. Therefore, when blood sugar is very high (> 250 mg/dL), ketonic bodies should be tested for in the blood or urine. If the test result is positive, patients should not exercise; if it is negative, they may exercise if they are under the effect of previously taken insulin. (Carcavilla, 2009).

Can it ever be cured?

Surgery is another type of treatment. This option would take place once the disease has been established and islets have been fully destroyed. The only possibility of being cured would be by replacing the non-functioning cells.

However, there are side effects inherent to the chronic immunosuppression treatment that these patients require.

The initial enthusiasm provoked by the possibilities that islet transplants seemed to offer led to years of expectation that the majority of type 1 diabetes would be cured. This therapy, starting in animal models over 40 years ago, received a significant boost in 2000 with the use of the so-called Edmonton Protocol based on the use of steroid-free immunosuppression. Although the procedure is minimally invasive (infusion of islets in the liver of the recipient through portal vein cannulation by percutaneous transhepatic drainage), it currently poses difficulties in applicability. Moreover, the immunosuppression treatment does not always prevent the recurrence of the immune process in transplanted islets. This has significant undesired effects and does not prevent the sensitization that would make a future organ transplant more difficult, if necessary. In order to obtain the optimal number of islets two or even four donors are required (Barajas, 2008).

Islet transplants are therefore limited to a small number of patients and centers.

Considering the low number of islet donors compared to the incidence of DMT1, alternatives must be analyzed in order to make the application of this therapy feasible. The most promising of these alternatives is based on using stem cells.

The development of more sophisticated cell transplant methods combined with bioengineering techniques may notably improve the potential of stem cells.

Numerous research groups have shown that embryonic stem cells are able to differentiate themselves into insulin-producing cells in vitro.

Studies have also been published about the potential for differentiation of stems cells derived from bone marrow, which is changing the classical view of tissue-specific stem cells, such that some cell populations present in bone marrow are known to be able to abandon their characteristic cellular differentiation pattern and differentiate into typically non-hematopoietic tissues.

Recent studies show that it is possible to detect the expression of insulin in tissues where this does not usually take place, such as bone marrow, fatty tissue, and skeletal muscle. Other authors state that some cells present in bone marrow are able to transdifferentiate into functioning beta cells. Using the CreloxP system, Lanus and Col demonstrated that cells derived from bone marrow contribute approximately between 1.7% and 3% to the formation of new beta cells (Goñi, 2008).